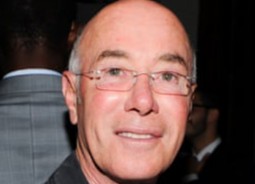 David Geffen is an American business tycoon, film studio executive, producer, and philanthropist. He is a co-creator of Asylum Records which he founded in 1971 with Elliot Roberts. He also co-founded Geffen Records in 1980, DreamWorks SKG in 1994, and DGC Records in 1990. As a philanthropist, this businessman he has donated to several educational and research institutes including the David Geffen School of Medicine at University of California Los Angeles (UCLA). David Geffen net worth has been acquired through the billionaires’ involvement in numerous business ventures. Why not read on to find out how exactly he has been able to gather up such a humongous wealth?

David Lawrence Geffen was born in Borough Park, Brooklyn, New York, United States on February 21, 1943 to Abraham Geffen and Batya Volovskaya. Both of his parents were Jewish immigrants who moved to the United States. His mother owned a clothing store called ‘Chic Corsets by Geffen’ in Borough Park.

In 1960, Geffen graduated from New Utrecht High School in Brooklyn with a “barely passing 66 average”. He joined the University of Texas at Austin and moved to Brooklyn College after a semester, before again dropping out. He then relocated to Los Angeles, California to find a way to make a living in the entertainment business. Geffen also attended Santa Monica College Santa Monica, California, but left as well. He has attributed his academic challenges to dyslexia. 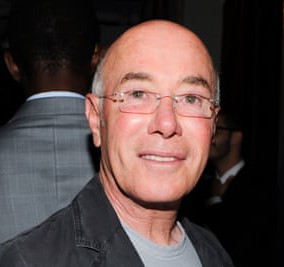 His career in the entertainment industry began when he joined William Morris Agency (abbreviated as WMA), where he worked within mailroom before turning to a talent agent. This was after he made a short appearance as an extra in the movie entitled ‘The Explosive Generation’ in 1961.

Along the line of his prosperous career in the entertainment industry, David Geffen’s income increased when he served as the vice chairman of Warner Brothers film studios. It has revealed that he had to resign from his job at Warner Brothers soon after he started working with the company when he was misdiagnosed with cancer, and was forced to retire early.

David Geffen’s works and achievements in the industry has been appreciated, and he has received not just fame but also accolades for his rewards. The Rock and Roll Hall of Fame presented him the Ahmet Ertegun Award in 2010 for his contribution to the music industry. He also won the President’s Merit Award from the National Academy of Recording Arts and Sciences in the year 2011.

In 1980, David Geffen, co-founder of DreamWorks came out as the first openly gay billionaire on the planet. However, he was not always gay, as he was previously in a relationship with a woman by the name Cher, and was on his way to having a family with her until things fell apart between them.

This Brooklyn-born record executive and philanthropist has made so much money from his businesses, and it is fair to say that he is the wealthiest gay person in the world. He has built up his massive fortune from his impressive career as a business magnate, record executive, and film and theatre producer.

As soon as he moved to California to pursue a career in entertainment, David Geffen found a job at William Morris Agency where he served the company within the mailroom until he earned his promotion as a talent agent. With time, he amassed the experience he needed and went on to establish the record label Geffen Records where he worked with many big artists in the music industry. He holds fame for creating several record companies which he later managed by being a record executive.

David Geffen net worth is $8 billion as of this writing. Other than his main career, the record executive is also famous for his art collection, a 453-foot yacht named Rising Sun, as well as his real estate in California and New York. Geffen owns approximately $300 million worth of real estate around the world.