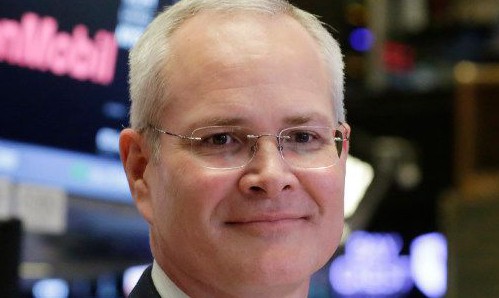 One of the most prominent businessmen in the world today is Darren Woods, who has been on the frontlines of several businesses for most part of his highly successful career. An American, Darren Woods is the chief executive officer of ExxonMobil. He has also occupied the position of chairman of the company since 1 January 2017. Under his leadership, the company has blossomed and has solidified its position against other world-known competitors. He joined ExxonMobil as a young and ambitious man in 1992 and worked in the company wholeheartedly for twenty four years before being promoted to the role of chief executive officer after the nomination of Rex Tillerson as the next U.S. Secretary of State by United States President Donald Trump. Throughout his lifelong career, Mr. Woods has been known for the refinement the oil side of the business. He formerly managed the chemical and refining divisions before his most recent promotion. Also an activist, Darren Woods has publicly shown his support for the Paris climate accord and has mentioned that the combination of horizontal drilling and hydraulic fracturing has crushed the Peak Oil myth. As of 2018, the ExxonMobil Company posted revenue of $279.3 billion and boasts of more than 70,000 employees.

Darren W. Woods was born in 1964/1965 in Wichita, Kansas, United States. He attended Texas A&M University from where he earned his bachelor’s degree in electrical engineering. He also studied in Northwestern’s Kellogg School of Management, earning an MBA in the process. Throughout most of his early days growing up, it was clear that Darren would become a business leader in future as his brilliance was always on display in everything he got involved in. He performed greatly academically, and graduated with good grades before starting to seek for employment opportunities. 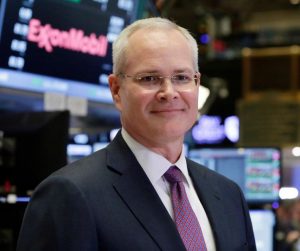 In 1992, Darren joined Exxon as a new intake and quickly settled in the company. After working for 24 years, he earned his promotion to the role of chief executive officer following the nomination of Tillerson to be the next United States Secretary of State.  While his predecessor was mainly involved in exploration and making deals for the company, Woods was mostly involved with the refining side of the oil business. He ran the refining and chemical departments of the company before being named chief executive officer, and his works in those departments led the company to amass a net income of $7.8 billion in 2016.

In 2017, while at a meeting of investors held in New York, Darren Woods outlined his expansion plans for Exxon, including drilling in the Bakken shale formation in North Dakota, and in the Permian Basin of Texas and New Mexico. He also talked about the operations carried out by the company in Russia, expressing a hopeful outlook regarding the company’s Sakhalin project on the eastern coast of Russia.

Darren Woods has openly endorsed the Paris climate accord. The accord commits countries to cutting greenhouse gas emissions. In May 2017, He wrote a letter to United States President Donald Trump to urge that the United States remain a part to the agreement. He says that by being part of the accords, the country will have the opportunity to ensure a balanced playing field and support the most effective greenhouse gas reduction options. On the 5th of October 2020, Bloomberg News reported that the ExxonMobil Company was set to increase its yearly carbon emissions by nearly 17%, or about as much as the yearly output of Greece. The emissions increase would be made off an investment plan that was reported to be signed off by Woods. In his own words, the combination of horizontal drilling and hydraulic fracturing has crushed the Peak Oil myth.

The Texas A&M University graduate has worked at Exxon since 1992, and has led so many departments in the company before earning his promotion to take up the roles of chairman and chief executive officer in the company. As a businessman, Darren Woods has often shown his capability to tackle problems and bring the best out of any business. While managing the refining and chemical departments of ExxonMobil, Woods led the company to amass a net income of $7.8 billion in 2016.

Mr. Darren Woods net worth is $80 million. In a typical business year he makes about $20 million every year as salary. His base salary is currently pegged at $2.2 million. For example, in 2019 he earned around $23.5 million, of which $7 million came in form of his pension benefits, $2.2 million was base salary while the remainder was stock awards and bonuses. In 2018 he earned a total of $18 million. As of this publication, Darren Woods reportedly owns an estimated 830,000 shares of the ExxonMobil Company which are worth about $35 million. He has served this company diligently for 27 years and may likely be there for some more time before retiring from active duty.