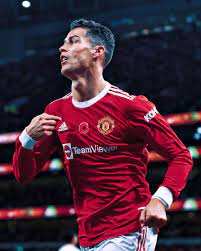 Cristiano Ronaldo also known as CR7 is one of the world’s best footballers who has won the Ballon D’OR a record five times. He is also a model, fashionista and businessman. This article is about Cristiano Ronaldo net worth, biography and other things you never knew about him.

Cristiano Ronaldo whose full name is Cristiano Ronaldo Dos Santos Aveiro was born on the 5th of February, 1985 in Funchai, Madeira, Portugal to his father, Jose Dinis Aveiro who was a municipal gardener and a part time kit man before he died of alcoholism related liver condition at the age of 52 years in September, 2005; and his mother, Maria Dolores Aveiro who was a professional cook.

Cristiano Ronaldo is the youngest child in the family and he has an older brother, Hugo and two older sisters, Elma and Liliana.

He practically grew up in a catholic way and came from a poor background as he shared a room with his siblings. His love for the round leather game started for him as a child where he played for amateur team Andorinha from 1992 to 1995 at the time his father was the kit man and then he proceeded to spend a good two years with Nacional still in Portugal.

At the tender age of 12 years old, in 1997, Cristiano Ronaldo was on a three day trial with Sporting CP and was signed for a fee of 1, 500 pounds and subsequently moved from Madeira to Alcochete near Lisbon where he joined other youth players at the club’s football academy.

As a result of his great and outstanding performance at the academy and his belief in his ability to play semi professionally in addition to his mother’s consent he quit his education and decided to focus entirely on his football career at the age of fourteen years old. However, before he decided to quit his education he was involved in a brawl with his teacher when he threw a chair at his teacher for disrespecting him, he said.

At the age of 15 years old, he suffered from a racing heart condition that could have forced him to give up from playing the round leather game but rather; he went for an operation in which a laser was used to cauterize the affected area of his heart and so he was discharged from the hospital after the procedure and he practically resumed training only a few days after the operation. In 2003, he was signed to the Manchester United club by Sir Alex Feguson, who was then the coach of Manchester United.

Cristiano Ronaldo was signed at a transfer fee of 12.24 million pounds, replacing the iconic David Beckham, and he was given the No. 7 Jersey at Manchester United.

He was part of the Manchester United team that won a double in 2008 by winning the Premier League and the Champions League, which made him one of the best and most accomplished footballers in England history.

In 2009 he signed a contract with Real Madrid in Spain at a record breaking transfer fee of 80 million Pounds, which made him the most expensive football player in the world as at that time, replacing Raul Gonzales, another football legend that was the captain of Real Madrid.

At Real Madrid Football Club he was given his regular and choice No. 7 Jersey, a jersey No that has arguably become his trademark anywhere he played for. However, in 2015, his contract expired with the club and it was immediately renewed by the club which claimed that they do not want to lose their most valued asset under their possession.

He has justified his stay at Madrid by winning  16 trophies including 4 Champions league trophies and other personal achievement like 5 Ballon D’OR, 4 UEFA best Player in Europe and 16 times top scorer.

He is also heavily invested in hotels, video games, Perfumes, Movies and shoes with most of them under the CR7 brand name.

He has received and won the Ballon d’Or awards five times and the World Best Player of the Year three times and he is the first player in the history to win four European Golden Booths. Altogether, Cristiano Ronaldo has won a total of 24 trophies in his career so far which includes five league titles, four UEFA European Championships. He equally holds the record for the most official goals scored in European league and champions’ league and he has scored well over 600 goals for both his club and his country, Portugal.

Cristiano Ronaldo in 2017, was charged and convicted of tax fraud between 2011 and 2014, and was handed a suspended prison sentence with a fine.

Again, in April 2017, a story of rape was published by Der Spiegel, which was provided by the football leaks alleging a rape assault by Cristiano Ronaldo on Der Spiegel but his agent Jorge Mendes debunked the claim and labeled it as journalist fiction stating that it was a consensual sex.

Cristiano Ronaldo is not yet married but has a girlfriend named Georgina Rodriguez with whom he has two children with. He has five children whose names are Cristiano Jr, Eva, Matteo, Alana Martina and Bella

Cristiano Ronaldo has so many sponsorship and endorsement deals that have made him the world’s highest paid athlete.

Cristiano Ronaldo (CR7) currently has an estimated net worth of $460 Million dollars and is one of the richest and influential football players in the world.

We hope you found this article on Cristiano Ronaldo Biography useful and we would definitely love some feedback, so make good use of the comment box to share them. 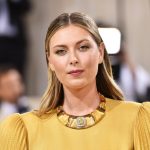 What happened to Maria Sharapova? From a Tennis Star To an Entrepreneur
Next Article 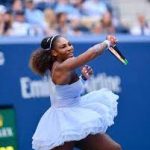