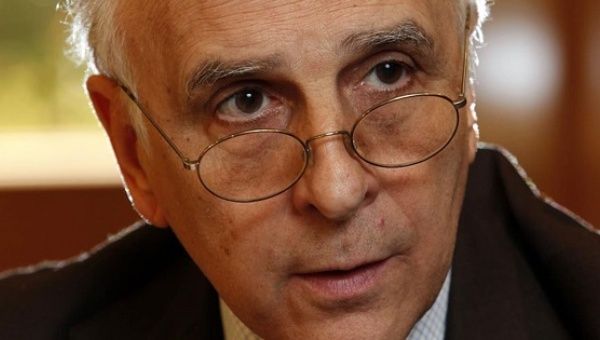 Carlos Bulgheroni was one of the most politically astute businessmen in Argentina. He is remembered for having helped forge his family-owned Bridas Corporation into a global operator in the energy industry. Carlos was a businessman that prominent in the energy sector of Argentina. He and his brother Alejandro took over Bridas Corp. which was established by their father in 1948 as a dealer to the national oil firm YPF. They turned Bridas into a huge oil producer in its own right, resulting in a string of transactions with partners. Other companies in the family’s business empire include Axion Energy and Pan American Energy LLC.

Mr. Carlos Bulgheroni was well-known for cultivating positive and lucrative relationships with Argentine governments through the political spectrum since 1983, even when other business administrators were abandoning the country. Meanwhile, Carlos and his brother developed opportunities in faraway locations in Asia, even on one occasion negotiating with Taliban heads in Afghanistan. During his reign at Bridas Corp., Carlos oversaw several major deals including the formation with Amoco of Pan American Energy in 1997, in which Bridas own a 40 percent stake. The brothers agreed to sell half of the family-owned company to the China National Offshore Oil Corp. They used the cash made from the transaction to acquire ExxonMobil’s Argentina assets in 2011, further expanding their business empire.

Carlos was one of the richest people in his country until his passing in 2016. Here’s a detailed article on his life, career journey, various health challenges, and unfortunate demise.

He was born Carlos Alberto Bulgheroni on March 9, 1945, in Rufino, Santa Fe Province, Argentina. His father was an Italian citizen while his mother came from Spain.

Carlos Bulgheroni’s father, Alejandro, founded Bridas Corporation in 1948. This company went on to become one of the leading private firms in Argentina’s energy section by the 1970s. Carlos joined the company after his graduation from college and inherited his father’s controlling stake in the company when the senior Bulgheroni died in 1985.

Together with his senior brother Alejandro at the helm of affairs at the company, Carlos Bulgheroni became the chief political point man of the company, establishing good working connections with various Argentine administrations in power since 1983. In 1993, he became the company’s president and chairman and was appointed as president of the BP-controlled Pan-American Energy in 1997. Later in 2006, he took over as president of Allis-Chalmers’s energy unit and also as the president of EDIC, a multinational company specializing in oil and natural gas exploration and production in the Russian, Central Asian, North African, and Middle and Far Eastern markets.

Carlos Bulgheroni co-founded the Colón Theatre Foundation in 1978. He was also the co-founder of the Federal District Police Foundation which was founded in 1989 to help maintain the Churruca Police Officers Clinic in Buenos Aires, Argentina.

He was a member of the Argentine Russian Business Council, the Peres Center for Peace, the Foundation for Latin American Economic Research, Buenos Aires Stock Exchange, and the Center for Strategic & International Studies (CSIS). At CSIS, in addition to serving as a trustee, he also served as a senior adviser to the Space Exploration Initiative and an international councilor. Furthermore, he previously served as president of the Argentine Business Council, and as co-chair of the International Committee at the Kennedy Center for the Performing Arts.

Carlos was the founder and partner of the U.S. & Argentine Caucus. He was a member of the Business Advisory Board of the World Trade Organization in Geneva, and occupied the position of president and representative for Mercosur for over a decade from 1990 to 2002 for the Mercosur European Business Forum. He was also a member of the Executive Board of the ICC in Paris.

After inheriting Bridas from his father, Carlos dedicated himself to the business and made sure that the establishment was expanded to reach greater heights. He worked together with his elder brother to transform Bridas into a major oil producer in South America. He even developed opportunities in locations in Asia, Africa, and the Middle East.

The government of Italy honored him by decorating him as “Grand Officer of the Order of Merit (OM) of the Italian Republic” in recognition of his contributions and excellence.

Carlos Bulgheroni is said to have developed lymphoma when he was 24 years old. However, he recovered and bounced back to his studies and career pursuits.

In June 2016, he was hospitalized after an operation (according to the official statement released by his company). He died at the age of 71 in Washington, DC, on 3 September after struggling to recover from surgery. His company, Bridas Corp., did not provide details on the time, location and condition leading to his death. Their official release also omitted details about survivors.

The Argentine businessman, Carlos Bulgheroni, had around $5 million worth of assets at the time of his death in 2016. He made his wealth from his family’s company Bridas Corporation which is known to be one of the top private firms in the energy sector of Argentina. His fortune received a huge boost after he and his brother sold their 50 percent controlling stake in Bridas to CNOOC in 2010 for $3.1 billion. As at the time of his passing, he was known to be the richest man in the whole of Argentina.