Multi-award winner Bruton Smith is an American businessman and an accomplished motorsport personality. He is a promoter and owner/chief executive officer of Speedway Motorsports, Inc. His success is massive enough to have earned him inductions into the International Motorsports Hall of Fame and the NASCAR Hall of Fame. Find out more available details in the article below.

Growing up, Smith spent most of his time watching car races after watching his first race as an eight-year-old. His passion for racing and cars led him to buy his first race car when he was 17 years old. At 18, he was already promoting stock car events at Midland, North Carolina. In his statement, he defeated NASCAR legends Joe Weatherly and Buck Baker and Joe Weatherly, but had to quit racing because his mother asked him to.

In 1949, Bruton Smith took over NSCRA (National Stock Car Racing Association), one of several emerging stock-car sanctioning organizations and a direct rival to the freshly founded NASCAR, and announced that the tournament series, which sanctioned races around North Carolina, Tennessee, and Georgia, would establish a division that year which would be strictly stock-based. In 1950, Smith took a lease of Charlotte Speedway from Ike Kaiser, Buck Baker, and Roby Combs to promote races there. The same year, he and NASCAR founder Bill France, Sr., discussed an amalgamation of their sanctioning bodies and reached a tentative agreement on the issue. Smith, however, was drafted into the U.S. Army as a paratrooper to fight in the Korean War in January 1951. Upon his return to civilian life two years later, he discovered that mishandling in his time away had caused NSCRA to dissolve.

In 1959, Bruton Smith spent $1.5 million in the construction of the Charlotte Motor Speedway with funding from his rich brother-in-law. The track was promoted by racer Curtis Turner but it didn’t help prevent Smith from going bankrupt two years later.

In addition to all that has been mentioned in this publication, it is also noteworthy that Smith is the founder of Sonic Automotive. It is a conglomerate of 100 car dealerships in the United States. 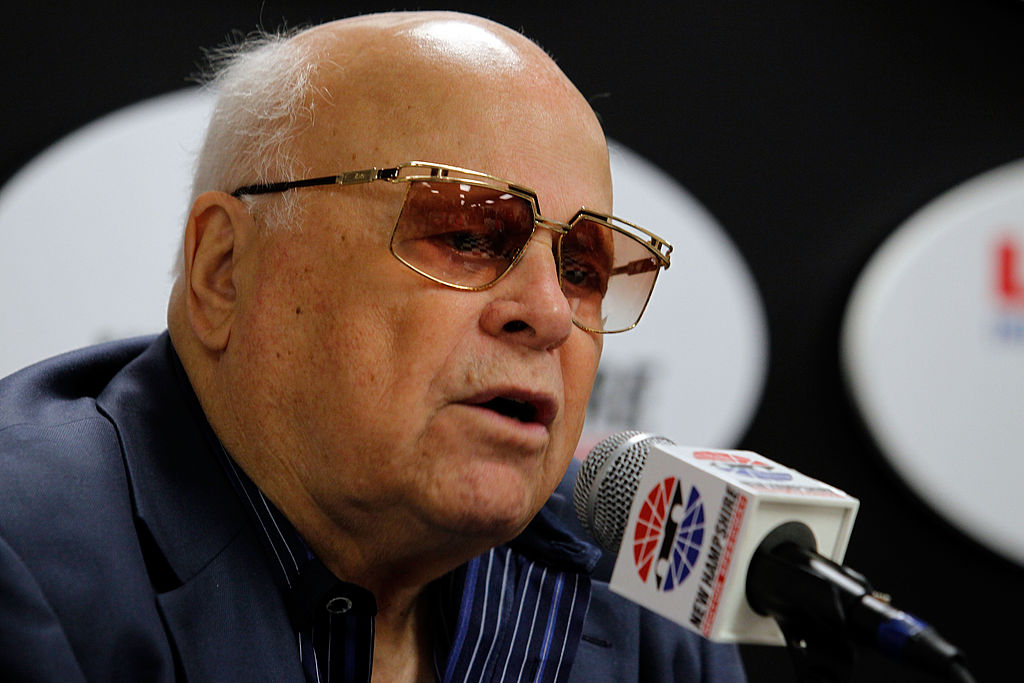 His business intelligence and desire to fight for his success is not all that there is to know about Bruton Smith, who is also known for the roles he actively plays in philanthropy.

Through his charity organization named Speedway Children’s Charities, Smith supports child-related causes and donates heavily to that cause. He pledged a gift of $50 million to a Lynx Rapid Transit Services light rail project that would have linked Charlotte Motor Speedway to the northern side of Charlotte, while also passing close to the original Charlotte Speedway where NASCAR had its first race. The LYNX rail line was part of Charlotte’s successful attempt to secure the NASCAR Hall of Fame.

Smith, was, in 2016, inducted into the NASCAR Hall of Fame. CNN Money named him the oldest chief executive of the Fortune 500 in 2012.

Mr. Smith is divorced with four children. He resides in North Carolina, where his thriving motorsports business is headquartered.

The American racetrack owner and racing promoter, Bruton Smith, who was born and brought up in North Carolina, currently owns a net worth of $1 billion. Not only is he the promoter of the NASCAR track Speedway Motorsports, Inc., he is also its owner and chief executive officer. His Speedway Motorsports company has been his major source of income for the past decade. Another of his income booster is the Sonic Automotive which he founded many years ago. Sonic is a group of 100 car dealerships that operate within the United States.