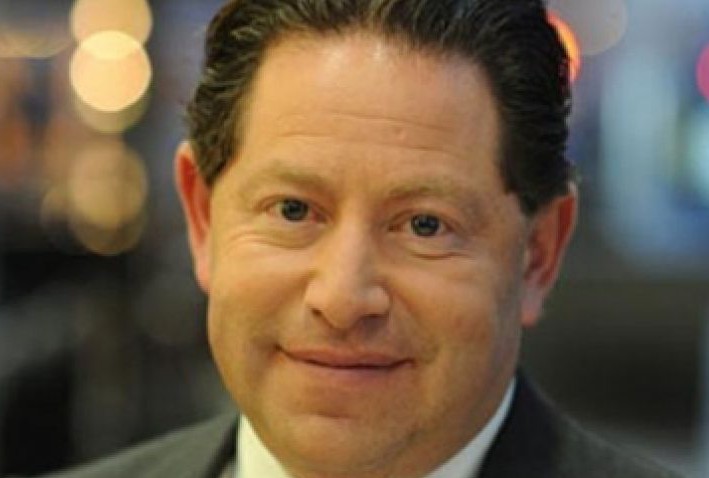 Bobby Kotick is an American businessman who is best known as the current chief executive officer (CEO) of Activision Blizzard. Starting his career as soon as he completed his education, he has gone on to lead several technology companies. He bought a stake in Activision in the year 1990 and became the company’s chief executive officer the following year. Kotick pioneered the Activision Blizzard merger, and was voted chief executive officer of the combined company in 2008. He is also on several company boards. From 2003 until 2008, he served as a director at Yahoo! . In February 2012, he joined The Coca-Cola Company as a non-executive director. Additionally, he has also occupied a position on the board of the Call of Duty Endowment (CODE) since he co-founded the group in 2009. Bobby’s wealth has come from his lifelong career of dealing with technology and video game companies. Here’s everything you need to know about this brilliant businessman and company executive.

Robert A. Kotick was born in Long Island, New York, United States in 1963. While growing up on the streets of New York City, he started gaining interest in business and by the time he was in junior high school, he already had his own business cards. During his high school days, Bobby he ran a business of renting out clubs in Manhattan on off nights. He attended The University of Michigan in the 1980s where he studied art history. 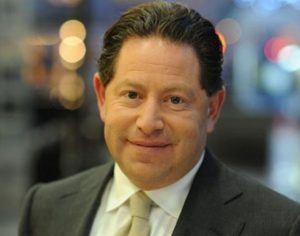 In 1983, while he was still studying in the University of Michigan, Robert and a friend Howard Marks started a technology company named Arktronics in their dorm room. The two friends also developed software for the Apple II. During his sophomore year, Bobby met Steve Wynn and convinced him to invest in Arktronics. Eventually, Wynn invested $300,000 in the company seeing that it could become a big thing in future. Steve Jobs learned about Arktronics’ software. He met with Howard and Kotick in Ann Arbor and persuaded them to drop out of school in order to dedicate their time fully to software business. Kotick took this advice and dropped his studies at the University of Michigan to pay attention towards growing his company.

Bobby Kotick purchased a controlling stake in Nintendo’s licensing agent, Leisure Concepts. It was then renamed 4Kids Entertainment. In December 1990, Bobby combined with his partner Brian Kelly to buy a 25% stake in Mediagenic, a broke software company that was founded by Atari programmers in 1979 as Activision. Bobby changed the company’s name back to Activision and focused it on video games. He assumed the role of chief executive officer of Activision in February 1991, and began to implement necessary changes which would lead the company towards greatness. For six years from 1997 to 2003, Activision had a very busy time doing business. It acquired nine different development studios and also released its first hit game in 1995. [12]

Kotick is a founder of International Consumer Technologies. He served as the company’s president from 1986 to January 1995. In 1995, the International Consumer Technologies company became a completely owned subsidiary of Activision. In November 2006, Bobby the chief executive officer started discussing a fusion with the games department of Vivendi, a French entertainment corporation, which included Sierra Entertainment and Blizzard Entertainment. Kotick made sure the merging between Activision and Blizzard happened, and a new company, Activision Blizzard, was created. Shareholders of the new company approved Bobby Kotick as chief executive officer of the combined company in July 2008. Eight years after the merger, Kotick announced the development of Activision Blizzard’s Overwatch League. Earlier in 2008, Activision acquired companies such as Major League Gaming and King.   Under the leadership of this man, the company has approved the creation of films based on its video games.

Kotick joined The Coca-Cola Company as a non-executive director in 2012. He serves as a board member at the Los Angeles County Museum of Art and the Center for Early Education. Previously, he served as a Yahoo! board member for five years from March 2003 to August 2008. He also served as a member of board for the Tony Hawk Foundation.

Robert Kotick was featured on the Los Angeles Business Times LA500 from 2016 to 2020. In 2016, Vanity Fair ranked him 50th on its New Establishment List. The same year, Harvard Business Review ranked him as the 75th Best Performing chief executive officer in the World. In 2015 and 2016, he ranked 27th and 24th on Adweek’s list of the Top 100 Leaders in Media. Kotick has been listed among the top 100 most overpaid CEOs in the U.S.

Kotick lives in California with his family. Towards the end of 2012, he divorced his wife over reasons that weren’t disclosed.

A cheerful giver,  Kotick has donated to many charitable causes. He is well known for making huge donations to the University of Michigan sports. He identifies as a libertarian, and in the years 2007 and 2008, he contributed financially to the National Republican Senatorial Committee. During the coronavirus pandemic in 2020, the Activision Blizzard company along with some other gaming companies partnered with World Health Organization (WHO) on the #PlayApartTogether campaign to promote online social events and encourage physical distancing. On June 11, 2020, Robert Kotick pledged to donate the sum of $1 million and match an extra $1 million in Activision Blizzard staff donations to support the Management Leadership for Tomorrow, the United Negro College Fund , and the Equal Justice Initiative.

Robert “Bobby” Kotick is a famous American businessman best known being the chief executive officer of Activision Blizzard. He first became chief executive officer of Activision in 1991 and eventually coordinated the company’s unification with Blizzard in 2008. His position currently sees him make a decent salary at the end of the day’s job. It was revealed that he earned around $40 million for the year 2019. This includes a base salary of $30 million plus added perks, bonuses, and stock options.

His salary has grown since he started his career, as his income signifies the success of Blizzard stocks – which soared in 2020. As of the time of publishing this article, Activision Blizzard is a publicly-traded firm with a market cap of $50 billion. According to company filings, between January 2000 and March 2020, Bobby Kotick has sold approximately $450 million worth of Activision stock. A large bulk of that windfall came in the month of August in 2016 when he sold nearly $347 million worth of his shares.

Bobby Kotick net worth is $600 million. As of 2020, Bobby owns nearly 4 million Activision Blizzard shares and approximately 70,000 Coca-Cola shares worth $16 million. His 4 million Activision Blizzard shares are valued at  $288 million as of the time of this writing. Over the last two decades, the CEO has sold an estimated $350 million worth of his shares.