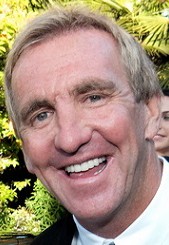 Bobby Genovese is a millionaire businessman from Toronto, Canada. He acquired his wealth by establishing himself as a successful businessman and entrepreneur. He is the owner of BG Capital Group, a merchant banking and asset consolidator firm. Bobby Genovese net worth is estimated at $200 million.

After deciding to drop out of school in the 9th grade (much to the dismay of his parents), Bobby Genovese realized that there was no way he would acquire wealth by working for others. While doing odd jobs in Canada, he developed his own personal skills of sales and improved himself, and this helped in the launching of his first company Continental Gold which was comprised of the richest investors in Vancouver. His talent for identifying opportunities transformed into a vast portfolio of businesses under BG Capital Group umbrella,his company that focuses on acquisitions/mergers of small to medium businesses across all spheres.

Founder and Chairman of BG Capital Group Ltd., Bobby Genovese currently is Chief Executive Officer, Acting Chief Financial Officer, and Chairman at Clearly Canadian Beverage Corp. He established BG Capital Group in the year 1996 and has made lots of money from his ventures since then. He is one of the most recognized Canadian stock promoters. His lifestyle of glamour is something many people are envious of. He is successful, powerful, and possesses huge property and wealth.

Apart from being a business owner, Bobby Genovese is also popular for a number of other things. He is a star on a reality TV series “Bobby G: Adventure Capitalist”. The television series is based on his daily life, and has aired on MOJOTV for several seasons.

Though born in Toronto, Canada, Bobby resides in Barbados, where BG Capital Group is based, and has other homes all over the world. He is an owner of a fleet of speedboats and several lavish properties in many parts of the world, including estates in Argentina, Aspen, Colo., Whistler, B.C., and a extensive summer retreat at Muskoka’s Lake Rosseau, with Kurt Russell and Goldie Hawn as neighbours. After years of renovation, his estate astounds with a beautiful waterfall and massive waterslide.

In a September 2009 article, Dolce magazine described Bobby Genovese as “blond, blue-eyed and living the American Dream”. The article also mentioned that Mr. Genovese travels all over the world on his private aircraft to attend his meetings. That’s quite a lifestyle.

Today, while the base of BG Capital Group is in Barbados and Bobby is an official Bahamian resident, he and his family consisting of his wife Karen, and their two children, enjoy hanging out in south Florida where the children, Gigi and Bobby Jr. attend private school.

The businessman, in spite of having such an amazing reputation and persona got involved in some distasteful  legal jargons along the line in his business. In October 2012, when a minor mining company, “Liberty Silver Corp” was “cease-traded”, Bobby Genovese had to face problems with United States and Canadian. The mining company, Liberty Silver Corp had doubts concerning who traded and controlled the shares. However, the suspension on Mr. Genovese was withdrawn in a short time.

The Canadian businessman is a multi-millionaire today courtesy of his involvements in several business ventures. He is the founder and Chairman of BG Capital Group Ltd., and also the current Chief Executive Officer, Acting Chief Financial Officer, and Chairman of Clearly Canadian Beverage Corp. Bobby Genovese came up with his first company when he was only 25 years old. He later established BG Capital Group, which is an asset consolidation and merchant banking firm that specializes in finding undervalued assets and transforming them into profitable ventures. He was born in Toronto, Canada but lives in the Bahamas with his family. His BG Capital Group is based in the Bahamas as well.

Bobby owns properties and homes throughout the world, which has been  joined into a single unit, to form a luxury collection known as BG Signature. Its flagship property is a 100-acre BG Ocala Ranch situated near Orlando, Florida, which combines the millionaire’s love of nature and horses with his passion for protection of natural resources and land preservation.

Bobby Genovese net worth is estimated at $200 million.