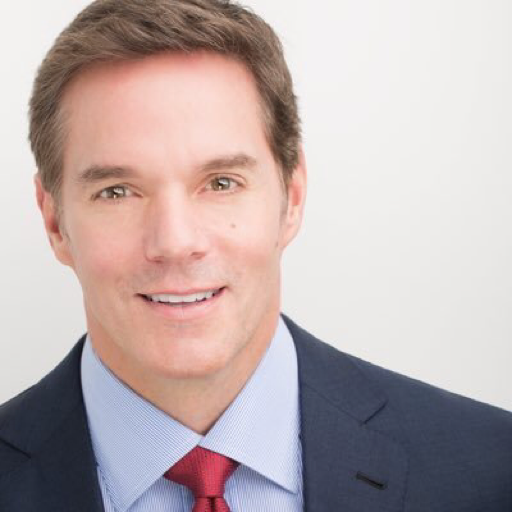 This is the biography of popular journalist and talk show host Bill Hemmer. You will find in this article Bill Hemmer bio, age, career, relationship status, net worth and many more details about the media personality.

Bill Hemmer is an American reporter, and a journalist for Fox News Channel. He has anchored and reported for CNN previously, particularly between 1995 and 2005. Now he co-anchors America’s Newsroom. He was born on November 14th, 1964 in Cincinnati, Ohio, United States, and currently lives in the city of New York..

Bill Hemmer is the son of a former executive of a mattress production company, William Bill Hemmer, and his wife Georganne Hemmer who was a homemaker. His parents have five children, of which he’s the second son and middle child.

Hemmer graduated from Elder High School, Cincinnati, in 1983, after attending Our Lady of Victory also in Cincinnati.

In collaboration with his friend while in senior year, Bill Hemmer started a program on radio with music for around fifteen minutes before the commencement of classes everyday. He started to develop interest for on-air broadcasting by this time.

Bill Hemmer obtained a Bachelor’s degree in broadcast journalism from the University of Miami, which is located in Ohio.

Bill Hemmer started off as a DJ for a radio station while he was in college, followed by an internship at the NBC’s affiliate in Cincinnati, Ohio.

He developed interest for live broadcast on television in the mid 80’s and joined the WLWT-TV sport production team. He later became a sport producer at WLWT-TV, followed by becoming WCPO-TV sports anchor.

In 1990 when he was just 26 years of age, young Bill Hemmer took an interstice for almost a year from his employers, WCPO-TV. This was in order for him to travel to many parts of the world. During his break, he backpacked through Eastern Europe, Nepal, China, Vietnam, Israel, Egypt, and India where he dedicated about half a month working in Mother Teresa’s clinic for children.

All the while he traveled, he submitted notes and tapes, including pictures to Cincinnati Post and other media agencies. The notes, tapes and pictures he submitted while on the course of his journey around the world were put together and called Bill’s Excellent Adventure.” This program won him two awards – Best Host and Best Entertainment program.

After his nearly a year-long absence from studio work, he returned as a news reporter to WCPO before switching to a new post at the international headquarters of CNN in Atlanta, Georgia.

Bill Hemmer worked at CNN for a decade, hosting different programs, such as CNN Tonight, American Morning, CNN Morning News, CNN Live Today and CNN Early Edition. He covered the bombing that took place during the Olympics of 1996 in Atlanta.

In May, 2001, Bill played a vital role in CNN’s coverage of the execution of Timothy McVeigh. He reported from Terre Haute in Indiana, where Timothy McVeigh was executed for playing a part in the bombing of Oklahoma City. In September of the same year, following the aftermath of the September 11 attacks,  Bill reported from the site of the World Trade Center for one month. He was in Kandahar, Afghanistan as a reporter during the start of American forces in the first days of the fight on terror.

In 2002, Bill Hemmer was live to report from Somerset in Pennsylvania, regarding the mining accident which trapped 9 workers for about 77 hours when a block which separated their tunnel from a flooded mine which has been abandoned, collapsed, sending a very high volume of water into the area where they worked.

He traveled in 2003 to Kuwait, to cover the Iraq escalating tensions. He was a prime-time anchor of CNN’s election night and covered the conventions in 2004.

In 2005, he was live in the Vatican City to cover Pope John Paul II’s death. He later went to cover the Kosovo crises for more than one month, where he reported the bombing missions from the Aviano Air Base, Italy. Also, he covered the Skopje refugee crisis in Macedonia, as well as recent developments of NATO from Brussels, Belgium.

His works with CNN on the Continental Olympic Park bombing in Atlanta, 1996 earned him an Emmy award.

In August, 2005, Bill Hemmer joined Fox News after working with CNN for 10 years. Immediately, he was sent off to Louisiana to cover the disasters of Hurricane Rita and Hurricane Katrina.

In 2006, he was on the front-lines of Metula, Israel to cover the war going on between Hezbollah and Israel in 2006.

He covered the conventions of political parties between 2008 and 2016.

Bill is currently a co-host of popular Fox News morning show, America’s Newsroom. On December 9th, 2019, he announced on the show that he will begin a new show called Bill Hemmer’s Reports, in January 2020.

Each year since 2003, he returns to his place of birth Cincinnati in Ohio to host a golf classic – the George Knittle Memorial Bayley Place Golf Classic. This golf classic was named in memory of George F. Knittle, his grandfather. George Knittle, the grandfather of Bill Hemmer died in 2003 at 100 years of age.

Bill Hemmer was the the chairperson of the Arthritis Walk that took place in 2008, for the chapter of Ohio River valley.

He is a supporter of Iraq and Afghanistan Veterans of America, and also Roman Catholic.

In the month of April 2013, Hemmer spent one week in the Vatican City where he was a moderator of the Second yearly Adult Stem Cell Research. In the following month, he provided himself to serve as the core speaker at Oxford’s Farmer school of Business’ commencement in Miami University.

Alongside two other graduates of Miami University, Bill Hemmer founded the Miami University Dolibois European Center (MUDEC) Scholarship in the honour of long-term contribution of Emile Haag to MUDEC. The scholarship was awarded to a student who was in need of financial aid to study in Luxembourg.

He received an award for Professional Distinction In 2013, which was presented by his former school, Elder High School.

In 2005, Bill Hemmer and Dara Tomanovich started a relationship which later went sour in 2013 and the pair separated. There’s no other news regarding his relationship status as of this moment.

The journalist is said to earn a salary of $500,000 annually from reporting for Fox News. His net worth is estimated to be $4 million.