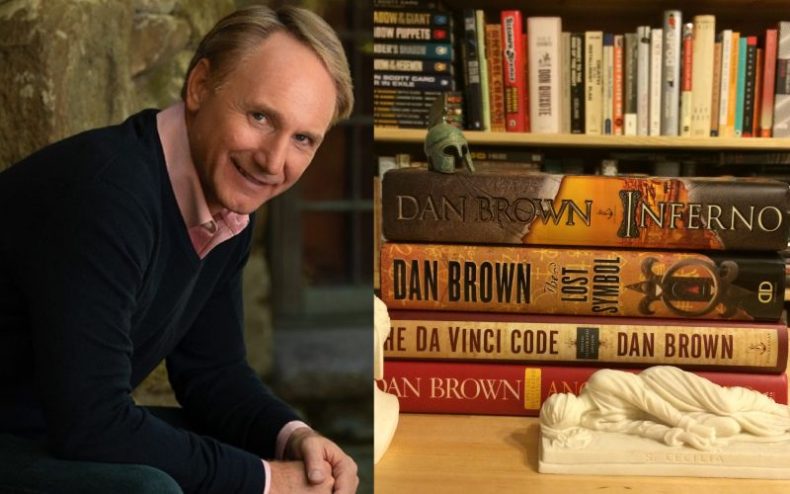 Have you ever searched for Dan Brown books in order of popularity? Well, I can’t tell you what you found but I am here to satisfy your curiosity and furnish you with all the knowledge you need.

Dan Brown is a renowned author whose speciality is delivering suspense-filled plots laced with common controversial topics we encounter daily. The fascinating thing is that he presents this in a way that draws your attention from the very first page. He sets a trail of murder and conspiracy that continues to the last page.

He has written a total of nine (9) books; five (5) books in the Robert Langdon series and four (4) stand-alone novels.

In this article, we’ll give you a summary of which of his books are most popular and which are considered his best

Other Books by Dan Brown

First on the list is The Da Vinci Code. It is undoubtedly Dan Brown’s most popular book and the second book in the Robert Langdon series. It centres around Robert Langdon, a Havard professor who is implicated in a murder at The Louvre museum.

Paris’ Louvre curator, Jacques Saunière is found dead in the museum surrounded by a series of cryptic codes. Harvard symbologist Robert Langdon is summoned by the French police to aid in the investigation. But what he doesn’t know is that he is a prime suspect in the murder.

However, he is rescued from the police by Saunière’s granddaughter and cryptographer Sophie Neveu.

They follow a trail of clues left behind by the old curator, which gets them caught in a web of unending secrecy. Saunière is a member of the Priory of Sion – an ancient cult of which historical figures like Leonardo Da Vinci and Isaac Newton were also members.

They aim to protect this secret and to keep it alive, away from the Opus Dei – a hidden cult within the Catholic Church that is out to make sure this secret is lost forever.

The Da Vinci Code caused a lot of controversy in the Christian religion. and was criticized by many Christians. Notwithstanding, the book rose to popularity, and can effortlessly pass as Brown’s best work.

The theme of the book: The subjectivity of truth, the sacred feminine, history, art, and art as secret history.

This was the first book in the Robert Langdon series. In this book, the ancient secret cult, the Illuminati and the Catholic Church engage in an agelong power tussle.

A popular physicist is found dead in a Swiss research facility with a mysterious symbol scorched into his chest.

Robert Langdon, the renowned symbologist is summoned to examine the unknown symbol. In the process, he uncovers something scary and unimaginable – the resurgence of the most powerful secret organisation to walk the earth, the Illuminati.

Langdon uncovers a plot by the Illuminati to get rid of the Catholic Church by planting a time bomb in the heart of the Vatican. This move not only threatens the physical structure of the church but also threatens the College of Cardinals gathered in the Sistine Chapel to elect a new pope.

In a desperate effort to save the Vatican, Langdon teams up with Vittoria Vetra, a beautiful scientist and the daughter of the dead Physicist. Langdon and Vetra are stuck between finding the killer, saving missing cardinals and locating the bomb in 24 hours.

They shuffle between ancient Illuminati lairs, abandoned Cathedrals and sealed crypts in their attempt to save the Vatican.

Angels and Demons bring up controversial topics about Christianity and portray the unending battle between science and religion. It is also one of Brown’s best-selling novels.

The theme of the book: devotion and obsession, science vs faith, self-actualization

NASA discovers a meteorite with alleged evidence of extraterrestrial life deep within the Milne ice shelf. This discovery presented a much-needed victory for NASA whose reputation has been in the dumps.

The current president, Zachery Herney assigns four professionals in various fields to verify the authenticity of the meteorite. Amongst them are charismatic oceanographer Tom Rolland and Rachel Sexton, an intelligence analyst and the daughter of presidential candidate Senator Sedgewick Sexton.

This team of experts discovered irregularities in the pit where the meteorite was found, which suggest a conspiracy that threatens to affect the credibility of President Herney. Sexton and Holland are attacked repetitively in their attempt to investigate their suspicions.

Their attempt to inform the president of their findings is also met with violent opposition as they are shot at by The Delta Force. This led them to suspect the sitting president and NASA of being the mastermind of the conspiracy.

Eventually, Rachel realized that her boss, NRO Director William Pickering was the actual brain behind the conspiracy and the numerous attacks on their life.  Pickering informed her of her father’s hidden plans for NASA and his ulterior motive for contesting for President.

He explained that his plan was concocted to stop Sexten’s campaign and to protect the American people and the American president.

The theme of the book: deception,  conspiracy

Professor Robert Langdon believed he had been invited by his friend Peter Solomon, to give a speech in the US Capitol Building. Upon his arrival, he found the room empty. Instead of an audience, he finds a severed hand illustrating the ancient symbol for ‘invitation’.

Langdon reads the hidden message and realizes that accepting the invitation was his best chance of saving his friend. Joined by Katherine, Peter’s sister and neurotic scientist Katherine, Langdon agreed to help the CIA solve the mystery of the Masonic Pyramid.

However, they realise that finding Peter was not of primary importance to the CIA. Langdon and Kathrine manage to get away from the CIA with the help of William Bellemay, the Architect of the Capitol and Peter’s friend.

The fictional duo try to decode the pyramid and are taken through a row of unknown Masonic secrets,  unspoken history, and various mysterious locations.

They are later captured by Mal’akh – the man who kidnapped Peter – and Langdon is forced to tell Mal’akh the direction he believed the pyramid was pointing them. Mal’akh removes blood from Katherine and leaves her to die.

Mal’akh takes Peter to the House of the Temple intending to sacrifice himself in the ritual using Katherin’s blood. Before this happens, he tells Peter that he, Mal’akh was Zachary, Peter’s son who was believed to be dead.

The theme of the book: Symbolism, ancient arts and religion, history, and change of identities.

This book is Dan Brown’s seventh book and the fifth book in the Robert Langdon series.

Robert Langdon is invited by his friend and former student, Edmond Kirsch, to a presentation at the Guggenheim museum. There, he gets acquainted with Winston, a docent powered by an artificial intelligence program created by Kirsch.

Minutes before the presentation, Edmond confides in Langdon that he feared for his life. He explains to Langdon that his presentation would answer religious, philosophical and scientific questions as to the origin of life.

Not long after that, he is murdered by Navy Admiral Luis Avila who believes he’s working for someone called the Regent. The museum director Ambra Vidal joins forces with Langdon to ensure Edmond’s presentation is made public – a way of honouring his memory.

Langdon is accused of kidnapping Ambra, which makes their situation difficult.

After a  series of miscalculations, gunfights and narrow death escapes, Ambra and Langdon finally found Edmond’s password and the defunct church that housed his office. With the help of Winston, they were able to launch Edmond’s presentation which garnered millions of views.

However, the day after the launch, Langdon figured out that Winston was behind the murder of his creator.

Edmond had instructed Winston to do everything possible to draw maximum viewers to his presentation. And in a feat to achieve this, Winston broke a number of social mores – he orchestrated Edmond’s murder, as well as the murder of various religious leaders, started a conspiracy about the Catholic Church, and released evidence to the Spanish police for the arrest of Avila.

Langdon decides that Winston’s continuous existence was a danger, so he went ahead to shuts down the computer that controlled Winston.

Origin by Dan Brown explores the same thriller-suspense style present in his other books, but with a futuristic twist. This novel depicts a merge of modern technology, religion and artificial intelligence.

Dan Brown’s Inferno is the fourth book in his Robert Langdon series. It centres on Langdon finding a deadly virus that threatens to cull the world’s population causing a global catastrophe.

The novel begins with Robert Langdon waking up from a terrible nightmare to find himself in an unknown hospital in Florence, Italy. He has no idea why he is there, how he got there or how he got the gunshot injury in his head – which is apparently the cause of his partial amnesia.

Pursued by a leather-clad assassin, Langdon is forced to escape from the hospital with beautiful doctor Sienna Brooks. They set out to find the deadly virus created by transhumanist and biochemist Bertrand Zobrist.

Langdon utilizes all his intelligence, creativity, imagination, understanding of Dante’s work, and his knowledge of Florence’s art and architecture to decipher Zobrist’s clues.

While following up on one of the clues, Langdon and Brooks got separated, and Langdon was captured by men working for Elizabeth Sinskey, director of the World Health Organization (WHO).

He discovers he was working with Sinskey to locate the deadly pathogen before Zobrists’ men wiped his memory. They eventually find the pathogen but it’s too late – the virus has been activated.

Do they succeed in saving humanity?

The theme of the book: love, deadly sins, society and overpopulation

This is another stand-alone novel by Dan Brown. It tells the story of betrayal and deception in the NSA – the most powerful intelligence agency in the world.

She discovers that the mysterious code was written by Ensei Tankado, a former NSA employee. Tankado was displeased about the NSA’s secret use of TRANSLTR to invade the privacy of American citizens, so he creates an algorithm that would grant anybody access to the NSA database, crippling the U.S. Intelligence system.

Tankado is found dead in Spain. Strathmore sends David Becker, Susan’s fiance, to retrieve Tankado’s ring before news of his death gets out. The ring is believed to be embedded with the password to shut down Digital Fortress.

But it’s not as easy as it seems! Does Becker, an untrained and inexperienced civilian succeed on this mission built on lies and deception?

The theme of the book: Deception, betrayal, the ambiguous issue of national security and citizens’ right to data privacy.

If you’ve not read any of Brown’s works, and mystery, thriller and suspense are your things, you would definitely love these books. If you’re an avid reader of Dan Brown, which of these books is your favourite and why do you love them? Leave a comment in the comment section. 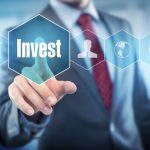 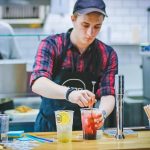 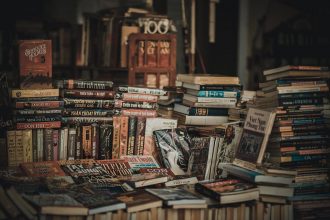 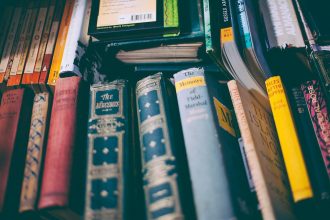 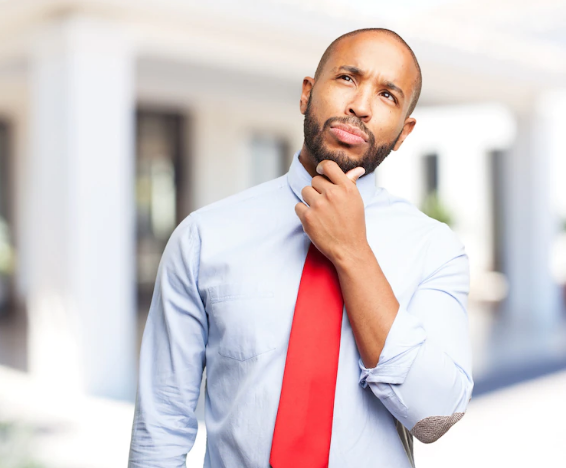 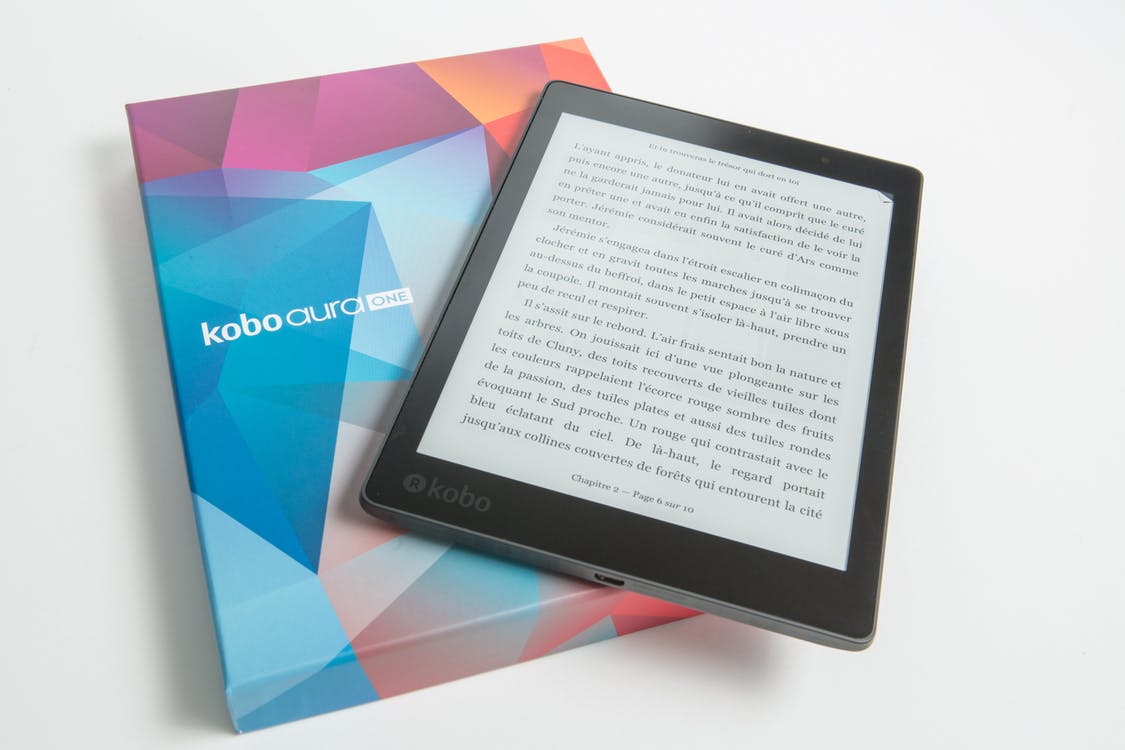