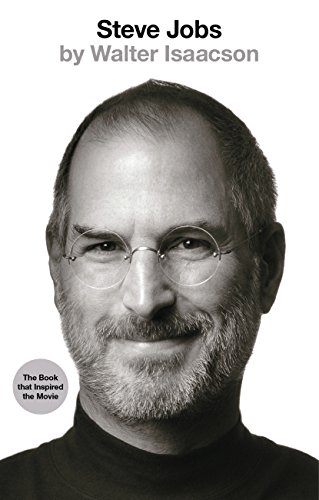 This article will explore the best business biographies of the most successful entrepreneurs. I know that when you start a business there are a million and one thing to do,  and you have to be up and about daily. But taking a break from this lonely, tiring and stressful task to read the books that tell you the story of those that have blazed the trail can be refreshing. These men and women who are ultra-rich will give you the secrets to their wealth. Also, you will learn how they conquered the challenges you are now facing. Here is a list of the best business biographies. They will guide your steps. Let us see their life’s in these 7 books now.

Top 7 Best Business Biographies Of The Most Successful Entrepreneurs

Steve Jobs was the founder of Apple Incorporated and he transformed the electronics industry. He had ideas that were radical and beyond his time. If you doubt this assertion, you can see the new iPhone and Apple Watch that the company just launched. Also, Steve Jobs began this entrepreneur journey in his parent’s garage in the 1970s where he laid the basic groundwork for the success of Apple Incorporated.

Apple’s innovation are as breathtaking as they are valuable to the world. From personal computers to animated films to iPods and Ipad and Iphones. Steve Jobs created a revolution in the way we communicate, entertain and  live our lives on this planet. Besides, this biography evolved from over 40  interviews that revealed the story of the man and his vision for the use of technology.  Get this book on Amazon.

This Book is up to 600 pages but it is full of entertainment and it is also a part of the best business biographies. In this book, the founder of Virgin Group Richard Branson told stories of how his experiences at an early age, gave birth to the desire to do business. And anytime he met consultants, that told him he should not venture into an already crowded business, he would follow his instincts.

This book is half a memoir and half an entrepreneur’s business guide. Also, he values customer service and believes it is supreme. Besides, he has ventured into the airline, mobile and so on. Get this book on Amazon. 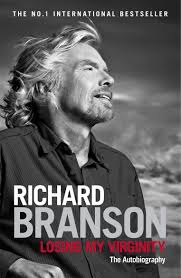 This is the story of how two ordinary guys grew the Home depot business out of nothing, into a $30 billion dollar business. The guys are Bernie Marcus and Arthur Blank who were executives but were sacked by their employer. And being fired has turned out to be a great blessing. Also, Built From Scratch is the story of the creation of the Home depot empire from the ground up. Get this book on Amazon. 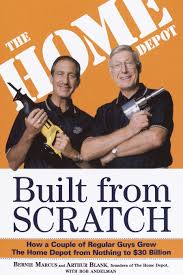 Here is another one of the best business biographies to read. Also, Tony Hsieh’s entrepreneurial journey began when he was just 9 years old and set up a worm farm. He soon moved to publish a Newsletter and was selling it to his classmates and then doing garage sales. Also, he did all this before high school.

He sold his first company in 1998 at the age of 24. That company was into an online banner advertising program. He sold it at $265 million to Microsoft. After that, he moved to Zappos to help build the company culture. Moreover, this new company adds the science of happiness to its culture with an aim to deliver happiness to the world. Get this book on Amazon. 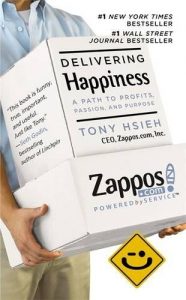 This is a vision that started in 2007. It is the story of how these two friends built Gilt to change the way people shop. Also, Gilt is a Fashion business that sent many to savvy shoppers to its website. The two founders were friends at Harvard Business school and had a love for fashion that now evolved into a business. Their business is worth over $1 billion.

This company is one of the most successful and inspiring startups. This book is the true story of how the business began and the chapters deal with how to hire a good team, handling a recession, and so on. Get this book on Amazon. 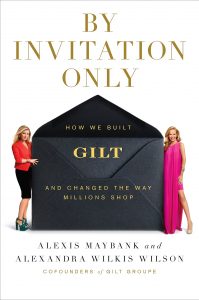 If you need exciting and inspiring best business biographies, go and buy the Idea Man. Also, Paul Allen at the age of 21 joined Bill Gates in 1974, to create a programming language for the first personal computer. These two had worked together as a team on professional programming jobs and they believed they could write the code that the Engineers thought was impossible.

In this book, Allen share his side of the Story on the founding of Microsoft and his Adventures after leaving the company. He said he had worked on projects like creating space travel, brain mapping, and so on. Get this book on Amazon.

Mel and Patricia met in the newsroom of the San Francisco Chronicle and the shared the love for traveling the world. Also, this young Artist and Writer respectively did not have the money to fulfill their goal. Moreover, this book tells the story of how they used creativity and passion without any business training, to build a business out of military surplus clothing that they found from their travels. And then they used it to create the Banana Republic. Get this book on Amazon. 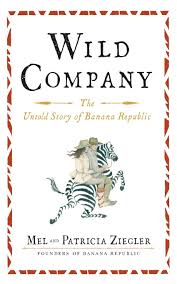 In this post, I explored the lives of ultra-rich entrepreneurs in the best business biographies. Also, you can get any of these books right away. Besides, they are guaranteed to inspire you to aspire to reach the heights some of them attained. Get the books on Amazon immediately.