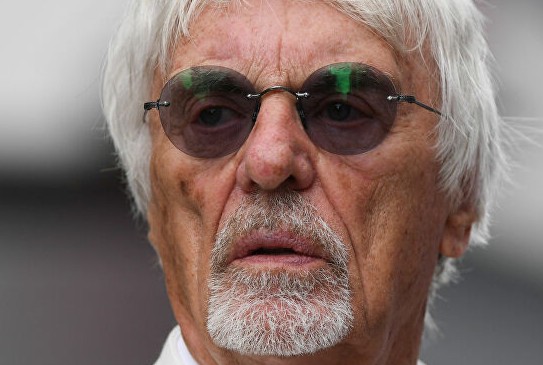 Bernie Ecclestone is a British business tycoon, formerly the chief executive of the Formula One Group, which controls Formula One and manages the commercial rights to the sport, and partially owns Delta Topco, the former parent company of the Formula One Group. He was commonly described as ‘F1 Supremo’ in journalism. His involvement in the highly rated sport was what led him to worldwide popularity, and also provided with substantial wealth earned throughout the years he spent serving the racing world. Further reading into this brilliant piece brings Bernie Ecclestone’s biography, financial data, personal life, and other facts to your knowledge. If you’re ready, let’s go!

Bernard Charles Ecclestone was born in St. Peter, South Elmham, a village south of Bungay, Suffolk, England, on October 28, 1930. His father was a fisherman by occupation. He attended school in his locality before moving to Danson Road with his family. From a young age, he showed brilliance towards business-related matters and even started making some money as a teenager. He sold newspapers and took up small-level business enterprises, like buying bakery buns in bulk at a low price and selling them to his classmates later, at a profit. At the age of 16 Bernard had totally lost interest in studying, so he dropped out of high school and found a small job at a local chemical laboratory of a gas house.

His interest in racing had grown immensely at that time. He learned the anatomy of motorcycles and began to sell motor parts with his very good friend Fred Compton. This further created an avenue for him to start his own dealership, and his commitment and enthusiasm toward the business enterprise had him making money soon enough. Toward the late 1940s, World War II was over and Bernard and Compton were fast racing toward success. By 1949, he had started taking part in races and raced on local track, ‘Brands Hatch.’ Although he was an amateur, Bernie Ecclestone’s performance mostly remained above average. He intended to extend his racing career, but a series of accidents and his wish to pay more attention on his business enterprises made him quit the racing circle.

Bernie went on his way to earn some fast and easy money, and the thriving loan-financing and real-estate sectors caught his attention. He went on to head the ‘Weekend Car Auctions’ firm. His business ventures were quit big, but not big enough to enable him achieve his dream of becoming a millionaire. Hence, he decided to align with ‘Formula One’ again, but as a manager this time.

In 1957, Ecclestone started his career in collaboration with Lewis –Evans, set up with ace race. But soon afterwards, he encountered a deadly accident, and then decided to retire once again from the Formula one. In 1971, he first started his business venture in collaboration with ‘Ron Tauranac’ who was the independent owner of ‘Brabham Team.’ Ecclestone later bought his ‘Brabham Team’ for a good amount of money. In 1978, Ecclestone was presented a huge opportunity where was appointed as chief executive officer of the organization ‘FOCA.’

A few years after his appointment as chief executive officer of FOCA, Ecclestone co-founded the ‘Formula One Promotions and Administration.’ In 2007, he combined with another businessman Flavio Briatore and acquired the English football club ‘Queen Park Rangers’. He has performed so astonishingly in the field of several businesses so far in his life, and continues to represent his home country as one of the richest businessmen alive.

British writer ‘Tom Bower’ has published a book on Bernie’s independent personality. The book, titled ‘No Angel: The Secret Life of Bernie Ecclestone’ became available under the publication of ‘Faber’, and this is considered a huge honor to the British businessman.

He received a ‘Grand Decoration of Honor in Gold for Services to the Republic of Austria’ in the year 2000, and was conferred ‘Commander of the Order of Saint-Charles’ six years afterwards. In 2008, he was once more, honored with a honorary doctorate by Imperial College. He has received several other awards in recognition for his remarkable contribution to the Formula One.

Bernard Eccleston was formerly married to Slavica Ecclestone, a former Armani model. Together, they share two children; two daughters who are famous businesswomen, models and socialites; Tamara and Petra Ecclestone. Since 2012, he has been married to Fabiana Flosi.

Ecclestone is a successful businessman who put forth his career in racing and in the racing business with topmost priority, and it fetched him a huge income that led him to enjoy an extravagant lifestyle throughout most of his lifetime. He has made his huge fortune through several means, including selling merchandise and heading several high-paying organizations. Bernie was declared the fourth wealthiest person in the entire United Kingdom in the year 2011 when he was worth over $4.2 billion. His fortune has long dropped, probably due to the outcome of the semi-recent divorce settlement that paid his ex-wife Slavica Ecclestone a reported sum of approximately $1.5 billion.

Bernie Ecclestone net worth of $3 billion enables him live a lavish lifestyle, the type he deserves for working hard in his career to reach his current status in the society. He owns many costly homes in England, and has sold some of them as well to record significant profit. He owned an estate he never set foot in until he sold it for $57.1 million in 2004.