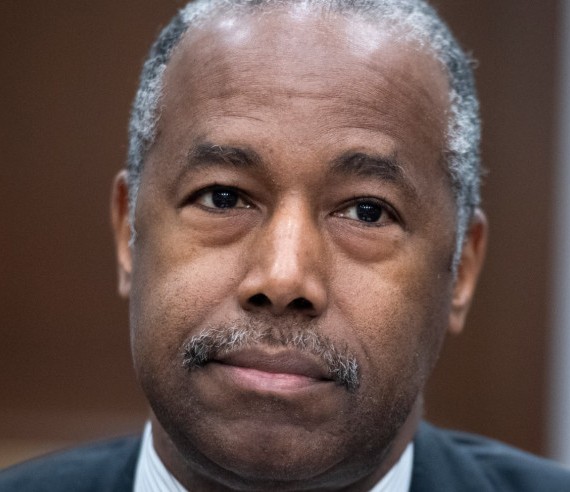 Ben Carson, now a retired neurosurgeon and celebrated author, was the first person to successfully separate conjoined twins that were joined at the head. Many other physicians made numerous attempts previously, but often one or both of the babies were unable to survive the surgery. Separating conjoined twins joined at the head is a very risky procedure as the twins often share significant blood vessels that if tempered with, may lead to the death of the twins. Ben Carson and his team of professionals made history in the 1987 by successfully operating on and separating the Binder twins, Benjamin and Patrick, both of whom survived the procedure and went on to live individual lives. Today it might look impossible to imagine that this genius neurosurgeon was a poor student in school. Raised by a single mother, he experienced a troubling childhood seemed ready to get into trouble often. His uneducated mother Sonya persuaded her kids to study well and also guided young Ben away from trouble. Under her direction he took his studies seriously and turned into a great student who then attended medical school. Eventually he turned out a world renowned neurosurgeon, and also a best-selling author. Today, Ben Carson net worth is estimated to be many millions. From a poor fatherless child, he has become one of the greatest men in history who will be reminded for his outstanding contribution in the field of medicine.

Benjamin Solomon Carson was born on 18 September 1951, in Detroit, Michigan. He was one of the sons of Robert Solomon Carson and Sonya Copeland. His father, a World War II veteran and Baptist minister, also worked at a Cadillac automobile plant as a laborer. His mother dropped out of school at the age of 13 and got married to his father. When Benjamin was 8, his parents divorced, and he was left with his mother and elder brother. It was a difficult time for Ben as the family struggled to make ends meet. His mother juggled more than three jobs at a time so as to be able to cater for her two sons.

Growing up in poverty, Benjamin Carson had no interest in schooling and dedicated his time to violence instead. Under his mother’s guidance, he started to pay focus on his studies and soon became the best student in his class. After graduating from Southwestern High School, he moved to attend Yale University, majoring in psychology in 1973. His determination to become a physician led him to attend the University of Michigan Medical School. Here he realized his passion in neurosurgery and focused in this field, earning his M.D. from the University. 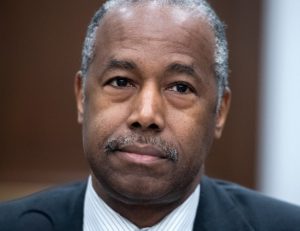 Before being the famous neurosurgeon or getting involved in politics, Carson did many jobs back then during his time in high school and also while studying in college. Some of his initial jobs were working as a crane operator, biology laboratory assistant, radiology technician, a clerk, supervisor in trash picking business, and several other jobs.

Upon the completion of Johns Hopkins Hospital, he got a job as a senior registrar at the Sir Chares Gairdner Hospital, where he worked at for about a year before going back to Johns Hopkins University as the director of Pediatric Neurosurgery. As a neurosurgeon, Ben specialized in brain injuries, brain tumors, epilepsy, and other neurological disorders. He gained worldwide recognition after successfully separating the pair of conjoined twins that were connected in the head.

At the end of his career as a surgeon, Carson has written several articles and 6 bests-selling books. In the 2016 United States Presidential election, he ran for the Republican nomination but later withdrew his candidature. He would go ahead to support President Donald Trump, which is the reason he is the current Secretary of Housing and Urban Development.

For his works as a surgeon, Ben he has been awarded multiple times. He has received a total of 38 honorable degrees to date. He has received the United States Presidential Medal of Freedom, the William E. Simon Prize for Philanthropic Leadership, Spingarn Medal from NAACP, and numerous other rewards.

Since 1975, Ben Carson has been married to Lacena Candy Rustin, with whom he currently resides in Florida, United States. The couple are proud parents to three sons. In 2002, Carson was diagnosed with prostate cancer. He underwent a two-hour operation at Johns Hopkins Hospital.

Ben grew up in a poor neighborhood, but today, he is the secretary of Housing and Urban Development.

Carson has been able to accumulate his fortune from selling his books, which has made him a bestseller author. His speaking gigs too which earned him an average of $50,000 has also contributed to his wealth. Asides earning from his salary as a medical doctor, Benjamin also took up media roles in media companies such as Fox News and Washington Times. Another contributor to Ben Carson net worth is his investments in the brands Costco and Kellogg.

As of this writing, Ben Carson net worth currently stands at $35 million. Together with his wife Candy, he owns a 48-acre property in Upperco, Maryland which he purchased in 2001. After his confirmation as Secretary of Housing, Mr. Carson paid $1.22 million to secure a home in Vienna, Virginia. Though he has retired from his main profession as a neurosurgeon, his name still lingers in the minds of many who has benefited from his services in one way or another.