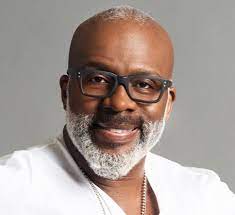 BeBe Winans is a renowned American gospel and R&B singer and a part of the Winans family, most members of which are musicians. He started doing music after being inspired by other members of his family and has so far worked on many projects with them. Till date, Winans has released a total of nine albums with members of his noted family, seven with his sister CeCe and one with his brothers.

BeBe Winans was born Benjamin Winans in Detroit, Michigan, United States on September 17, 1962. He started doing music along the line of his development stage and found his place as a gospel and R&B singer among the rest of his siblings who were also into gospel music at that time. He combined with his sister CeCe Winans and they released several hit albums. A TV show ‘The PTL Club’ took interest in BeBe and CeCe as background vocalists for the show, and they were accepted after going to North Carolina to audition. BeBe and his sister to North Carolina, and worked on The PTL show for a period of five years during which they recorded “Lord Lift Us Up” on PTL’s record label after popular demand on the show. Their effort was a great success and it warranted a full-length album that eventually did well on the charts. The siblings left PTL to pursue a career on their own, and recorded five albums together including Relationships, Different Lifestyles, Heaven, First Christmas, and self-titled BeBe & CeCe Winans. They split up  in 1995 to pursue solo careers but reunited in 2009 for the album ‘Still’, from which the single ‘Close to You’ won a Dove Award in 2010. Two years after he split with his sister, BeBe signed with Atlantic records and released a self-titled album in 1997. The album featured the singles “Thank You”, “In Harms’ Way”, and the international hit ” I Wanna Be the Only One” on which he featured British soul trio Eternal. He signed a new deal with Berry Gordy’s Motown Records and released his second solo album, ‘Love and Freedom’ in 2000. His album featured singers like Masters At Work, Warryn Campbell, Brian McKnight, and more.

Gifted and hardworking, BeBe made a name in the world of gospel music through his albums, starting with his sister CeCe and then as a solo artist. It is known that most of his family members are gospel singers. Two of the seven albums released by BeBe and CeCe winans achieved gold status, while one went platinum. Their work together earned many award nominations and award winnings. He put his recording career on hold and went on to work on producing for Bobby Brown, Gladys Knight, and Stephanie Mills followed. He starred in the film ‘Your Arms Too Short to Box with God’ in 1996 before starting a solo singing career the following year. He appeared in the remake of ‘The Manchurian Candidate’ in 2004, and also in the show of the Broadway musical ‘The Civil War’.

BeBe Winans and his sister CeCe combined to release seven albums together before their split in 1995. Their collaborations were nominated for awards multiple times, and they won a number of them including a Dove Award for their 2009 single ‘Close to You’. BeBe won a Grammy Award in 1989 for his contribution to “Abundant Life”. He also contributed as a producer to the Grammy Award-winning soundtrack for the Whitney Houston /Kevin Costner movie ‘The Bodyguard’.

The American gospel and R&B singer has been in the front lines of gospel music since the year 1984. He has not only been a singer, but has also worked as an actor as well as a producer. His wealth is the result of his career and his singing career in particular is responsible for most of his fortune. Within the last thirty years, BeBe has released over fourteen albums and several singles. He has sold millions of his records and has achieved fame and fortune by this means. Today, he is highly regarded as one of the finest R&B and gospel artists in the world.

As of 2021, BeBe Winans net worth is a total of $4 million. At age 58, there is still a lot more for this man to achieve if he desires to forge on. But from the looks of things, Mr. Benjamin is not in a haste to pursue more recording or production jobs at all.