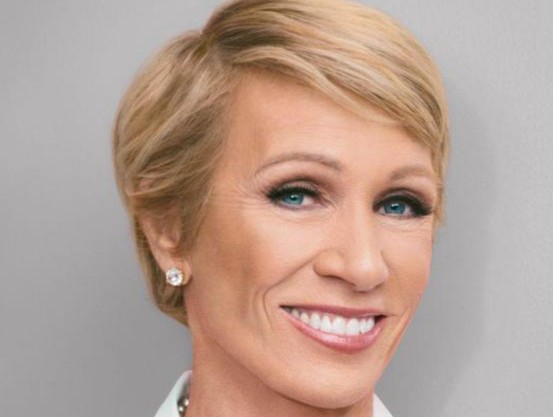 American businesswoman Barbara Corcoran is also a popular author and television personality that is best known for her regular appearances on the popular television show ‘Shark Tank.’ Born in an Irish family, she grew up in the middle of poverty. Her alcoholic father ensured that she had a miserable childhood as he caused problems for the family frequently. Growing up with her nine siblings in New Jersey in United States, she attended several schools and finally graduated from Leonia High School. After obtaining a degree in education, Barbara started to work in a real estate company. Following this, she joined hands with her boyfriend at that time and they established a company named ‘The Corcoran-Simone’. The company was later renamed ‘The Corcoran Group’ after the end of their relationship and Barbara set out towards expanding her company on her own.  Around the mid 1970s, she started publishing a real estate newsletter known as ‘The Corcoran Report.’ She eventually sold her company to National Realty Trust (NRT) in the early 2000s. In the 2010s, she started appearing on several reality television shows such as ‘Shark Tank’ and ‘Dancing with the Stars’,  and has been able to boost her earnings through the sales of the books she has authored as well.

Barbara Ann Corcoran was born in Edgewater, New Jersey, United States, on March 10, 1949 to Irish Catholic parents. She was the second of the ten children in her lower-middle-class family. She grew up with her five sisters and four brothers, and credits Florence her mother, as her mentor in life. She has described how her mother took care of all her children nearly single-handedly. The family survived amidst very poor circumstances, as Barbara’s father was an alcoholic and unserious man who did not care about his family. Surviving through harsh conditions, Barbara grew up as a focused and strong-willed young woman, and credits her mom for her hard-working nature. She desperately dreamed of growing out of her miserable circumstances and forge her own way to a successful life. However, she struggled academically throughout all the schools she attended.

Initially, she was enrolled a local elementary school in New Jersey. She later joined St. Cecilia High School in Englewood. Following her first year, she dropped out of school. One of the many reasons for her underperformance in academics was her struggle with dyslexia. Her condition made it hard for her to focus on studies. She ended up scoring straight Ds in school. She also found it hard to hold her concentration in subjects and ended up switching from one school to another. She finally attended Leonia High School where she completed her high school graduation before moving to Sparkill in New York to pursue her tertiary education at the St. Thomas Aquinas College. The institution was a liberal arts college and was nowhere close to the best in the city. In 1971, she graduated with a degree in education, and started working to earn a living after this.

After graduation, she worked as a school teacher for one year before moving on to do various jobs including a job of renting apartments in New York. While working as a waitress, her then boyfriend convinced her to leave her job and join a real estate company. Barbara wanted to be her own boss, so while working as a receptionist for Giffuni Brothers’ real estate firm in New York City in 1973, she co-founded “The Corcoran-Simonè” company with her boyfriend, who loaned $1,000. Seven years later, their relationship crashed when her boyfriend left her for her secretary. This led her to establish her own firm, The Corcoran Group. In the mid-1970s, she started publishing the newsletter The Corcoran Report, covering real estate news and data trends in New York City. She sold this business to National Realty Trust in 2001 for the sum of $66 million. 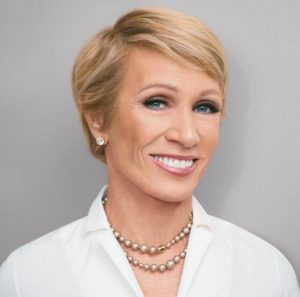 In September 2017, Corcoran started her life on television when she was announced to be a part of the 25th season of the TV show ‘Dancing with the Stars’, where she partnered with Keo Motsepe. Barbara is the third Shark Tank “shark”, behind Mark Cuban and Robert Herjavec, to participate. On September 25, 2017, she and Motsepe were the first couple to be eliminated from the dance show. Most recently, in 2020, she was seen in the sixth season of the television series ‘Grace and Frankie’ as herself.

Barbara Corcoran has written 3 books and columns as well for “The Daily Review,” “Redbook,” “More,” and the “New York Daily News.” She has hosted the podcasts “888-Barbara”, “The Millionaire Broker with Barbara Corcoran”, and “Business Unusual with Barbara”.

Corcoran and her husband Bill Higgins live in Manhattan. Her husband is a former FBI agent, and a retired Navy captain who took part in the Gulf war. The couple have been married since 1988. In 1994, Corcoran gave birth to a son, Tom, through in vitro fertilization. Her sister Florence donated the egg. The couple adopted a daughter, Kate.

Her hobbies include going to the beach and skiing. For her 70th birthday in 2019, she held a mock funeral. She has dyslexia and was called the ‘dumb kid’ by her classmates and teachers. According to her, it was the bullying that drove her to focus and work harder, and do all that was needed to succeed.

Occupying multiple professions as a businesswoman, TV personality, author, consultant, and investor, Barbara Corcoran is net worth is pegged at $100 million as at the time of filling this report. She is famous for being an investor on the ABC television program “Shark Tank,” first aired in 2009. Barbara’s money has been made through several means. In 1973, she founded a New York City real estate company called The Corcoran Group (originally The Corcoran-Simone), which she eventually sold to National Realty Trust for $66 million in 2001. She has also appeared on several TV shows and series, and this is also an income booster for the TV personality.

Successful and wealthy, Barbara owns a $3.5 million Park Avenue apartment. In 2015, she and Bill paid $10 million for a Fifth Avenue penthouse. The couple currently resides in Manhattan.