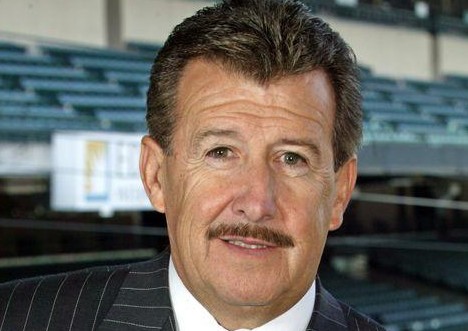 Arturo Moreno is a notable American businessman. On May 15, 2003, he created a record for becoming the first Mexican-American to own a major sports team in America when he acquired the Anaheim Angels baseball team for nearly $200 million from the Walt Disney Company. A wealthy business tycoon, Arturo Moreno net worth has received contributions from all aspects of his businesses. Asides owning a baseball team, he also gains a significant fortune as one of the owners of one of the biggest radio stations in the country.

Arturo “Arte” Moreno was born n August 14 1946, in Tucson, Arizona, United States to a Mexican American family. He is the first of the family’s 11 children. His parents were Arturo and Maria Moreno, who immigrated to America from Mexico. His grandfather owned the first Spanish-language newspaper in Tucson, and his father ran a small print shop.

In 1965, Arturo graduated from high school and was drafted into the U.S. Army the following year. He fought in the Vietnam War before returning to civilian life in 1968. He then enrolled into the University of Arizona and earned a degree in marketing in 1973. 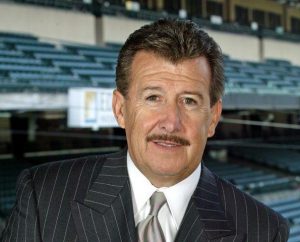 As soon as he completed his studies and graduated with a degree in marketing, Arturo Moreno got hired at an advertising company named ‘Eller Outdoor’. The nature of his job demanded frequent travels, so he spent the next seven years traveling around the country, moving from city to city, until he moved back to Arizona in 1984, and started working in Phoenix for the billboard company Outdoor Systems. His performance as a worker in this company was near excellent as he took the Outdoor Systems public in 1996, and the company’s stock soared. The company was sold to Infinity Broadcasting for $8 billion in 1998.

Up next, Moreno ventured into other business ventures which he thought would be profitable. With baseball being his favorite game, he applied his business expertise in that arena, as well, combining with 17 other investors to purchase the Salt Lake Trappers in 1986. The group owned the baseball team until 1992, and the project proved to be an echoing financial success. By 2001, Moreno decided it was time to own a Major League Baseball (MLB) team. He attempted to purchase controlling interest in his home state’s team Arizona Diamondbacks, but no agreement could be reached. He nonetheless remained resolute to own a Major League team, and quickly set his sights on the World Series of 2002 champion Anaheim Angels. In May 2003, it was announced that Arturo had purchased Anaheim Angels for $180 million.

Just before to the 2006 Major League season started, Moreno scored another success in bagging a lucrative deal with Fox Sports Net for the TV broadcast rights for the Anaheim Angels regular season games. The ten-year deal increased the team’s television revenue significantly. In April 2006, the team was estimated by Forbes magazine to be worth $368 million— more than twice the amount Moreno paid for the club only three years earlier. In January 2018, Forbes estimated the team’s value at $1.75 billion.

Additionally, Moreno has invested in other business interests alongside his baseball team. On February 26, 2006, he led a joint venture of buyers to procure Radio 830 KMXE, the nation’s leading Spanish-language AM radio station. For the 2006 and 2007 seasons, the Radio 830 KMXE served as the Spanish-language broadcast outlet for the Angels. On July 17, 2007 the station started broadcasting from new studios positioned in Angel Stadium. Just before the 2008 season, Radio 830 KMXE became AM830 KLAA (AM) and went all English including the Angels game broadcasts. The station has since included morning and afternoon sports talk programs to its lineup. While it seems a new drift for sports teams to acquire their own radio stations, for the Anaheim Angels it is a tradition introduced by team founder Gene Autry, who was the owner of 710 KMPC and broadcast games for years.

Moreno is a proud father of three children. He has been married twice in his lifetime. In 1997, he collaborated with his wife to establish the Moreno Family Foundation, which renders support to non-profit organizations aiming at youth and education. It also has provided assistance to the athletic programs of the University of Arizona.

Aside from this, the millionaire business mogul is vigilant about maintaining his privacy. He declines most interview requests, and doesn’t discuss his personal life publicly. His family and friends also do not mention details of his private life publicly, though off the record, close associates describe him as “a staunch supporter of Republican politics”, and as principally dedicated to his family. In September 2020 he endorsed Donald Trump for president, stating “it is necessary to vote for President Trump”.

A Vietnam veteran, Arturo Moreno launched his career in outdoor advertising in the 1980s when he was hired by Eller Outdoor. In 1984 he moved to work for the Outdoor Systems company, and had his first share of massive fortune when he sold the company for $8 billion. There has been no looking back for the Mexican-American as he went on to engage on numerous business interests that have made up most of his wealth today.

Regarded as one of the richest men in the world without questions, Arturo Moreno net worth is $3.5 billion.