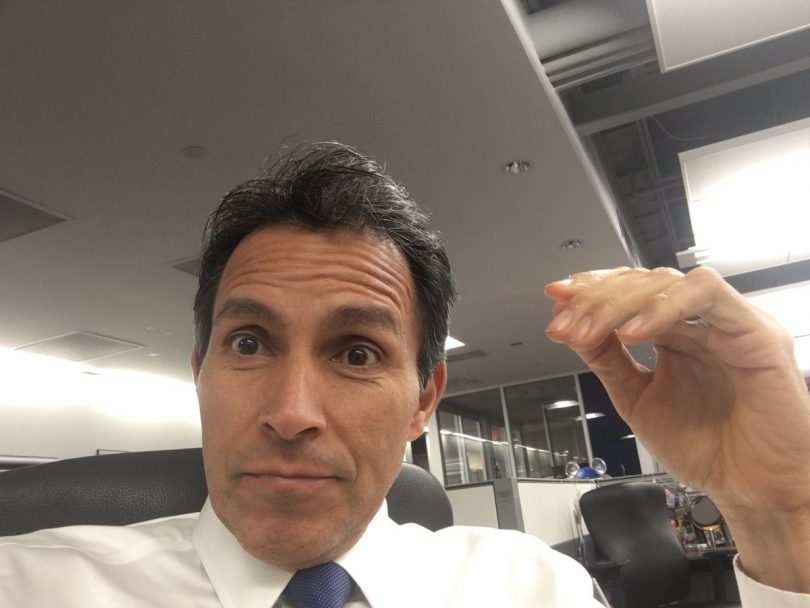 Art Rascon is an American news anchor for KTRK, a Disney-owned station based in Houston, Texas. The journalist worked as a CBS News correspondent and held responsibilities that included international broadcasting for the Evening News along with Dan Rather and 48 Hours prior to joining KTRK. He also played a role for CBS Radio which bagged him an Edward R. Murrow award for his reporting of Hurricane Opal in 1995. Rascon has reported on many major happenings all over the world, covering everything from civil unrest to wars, natural catastrophes, conflicts throughout Central America, the Middle East, and elsewhere. He has traveled to not less than 75 countries on 5 continents and reported from almost every state in the union. His performances as an experienced television personality have helped him earn several noteworthy accolades. He has been nominated for multiple regional and national Emmy Awards, and has won over 20 Emmy Awards so far. In 1997, Rascon was recognized as one of the five Latino reporters appearing on national TV networks in the United States, reporting important events for the evening news. He has also held the position of vice president of the National Association of Hispanic Journalists, and was listed as one of the hundred most significant Hispanics in the United States by Hispanic Business Magazine.

The media personality was born on December 4, 1962, in El Paso, Texas. He was still a young boy when he moved with his family to Santa Fe, New Mexico. After a while, the family moved again to Albuquerque, but he spent most of his youth growing up in Denver, Colorado.

Art attended Green Mountain High School near Denver and joined Brigham Young University in Idaho for his college studies. He also studied European political science, History, Humanities & the Arts during the six months he spent in Madrid, Spain before returning to Brigham Young University in Utah from which he graduated in 1985. While in college, he worked for KBYU-FM and KBYU-TV as a reporter and his experiences at such organizations helped to prepare him for a proper career in journalism ahead.

Rascon’s television career started in 1983 in Utah where he worked as a reporter and associate producer for the PBS affiliate KBYU-TV in Provo. He then joined the ABC affiliate KTVX-TV in Salt Lake City and spent some time there before completing his graduation from Brigham Young University.

In 1985, as soon as he completed his college studies, Rascon moved to Texas and joined NBC affiliate, KRBC-TV, in Abilene. He spent two years working there as an anchor, reporter, and producer before joining ABC affiliate KVIA-TV in El Paso where he spent the next one year before moving to NBC affiliate KMOL-TV San Antonio.

In 1989, he made a sitch to KABC-TV in Los Angeles and worked there as an anchor and reporter, reporting on natural disasters in the state of California and highly publicized happenings such as the 1992 Los Angeles riots, the Branch Davidian stand-off, and the Rodney King, O.J. Simpson, and Lyle and Erik Menendez trials, among a host of other stories, including riots, brush fires and other natural disasters.

In 1994, he joined CBS in Miami as an evening news correspondent. While there, Rascon reported on important happenings that took place in the southeastern United States, Mexico, the Caribbean, including covering a host of stories out of Cuba and Central and South America. He also covered events such as the Oklahoma City bombing, unrest and conflicts in Mexico, Haiti, Peru, and hurricanes in the region. He also conducted interviews with several prominent figures, including Daniel Ortega and Manuel Noriega. He also reported on CBS Radio and CBS News where his spot coverage of Hurricane Opal got him the national Edward R. Murrow award. His participation in the coverage of Hurricane Fran (along with the ‘48 Hours’ TV series team) also won him a nomination for an Emmy Award from The National Academy of Television Arts & Sciences.

In 1998, the newscaster moved to ABC-owned station, KTRK-TV in Houston where he currently serves as a co-host of the 11 a.m. and 5 p.m. news broadcasts. He has reported on both domestic and international conflicts and events, including events in Central America, the Middle East, Kosovo, Bosnia Iraq, and Serbia,. He covered the assassination attempt on Pope John Paul II as well as three Papal conclaves. He has reported lengthily on the immigration matter, following children and adult immigrants from Guatemala, El Salvador, and Honduras all the way to the border of the United States. Rascon has covered everything from tsunamis to earthquakes and has reported and executive produced countless half-hour Special Reports on a range of subjects. Not to forget, ha has also reported from the scene of several major hurricanes, including Ike, Katrina, and a host of other storms. He was one of the first journalists to report from Haiti the next morning after the quake.

In 2020 Art Rascon was made seventy of The Church of Jesus Christ of Latter-day Saints. This position is a non-paid position in the church and he has held on to it while still being employed in other lines of work. He was president of the Summerwood Stake of the church in Huston Texas, where he had occupied the position of stake president since 2017. In 2012 when the stake was formed, Art was second counselor in the stake’s presidency. Among other positions, he was a stake mission president, a counselor in a stake presidency, a counselor in a mission presidency, a bishop, a counselor to a bishop, and a member of a stake high council.

Also a lover of writing, Art Rascon has authored two books. Including:

• The Heart of the News (October 17, 2007)
• On Assignment: The Stories Behind The Stories: Inspiring Experiences of an LDS Broadcast Journalist (August 1998)

So far in his successful career, Art Rascon has been credited with many award winnings and nominations to his name. Out of over 25 Emmy Award nominations, this seasoned journalist has won 20 for his contributions to the journalism industry. Also a winner of two national Edward R. Murrow awards, Rascon has won 3 National Association of Hispanic Journalists ‘ awards, 18 Associated Press Reporting awards, 2 National Headliner Awards, an RTNDA Award for Continuing Coverage, and a Rotary International award.

He was recognized as one of the five Latino reporters appearing on national TV networks in the United States, reporting important events for the evening news. He has also held the position of vice president of the National Association of Hispanic Journalists, and The National Hispanic Business Magazine once listed him among the ‘100 Most Influential Hispanics in America’.

Rascon is married to Patti Rascon. He is the father of seven children, including Jacob Rascon who is a successful journalist and a reporter at competitor station KPRC-TV in Houston.

The news anchor also participates in a number of national and local charities. He has served or is serving on the boards of several notable national and international organizations, including the Brigham Young University School of Communications Board of Advisors, YMCA International, and Interfaith of The Woodlands. He is a former member of the board of Radio Television News Directors Association (RTNDA) and has twice led the Houston Association of Hispanic Media Professionals (HAHMP) as its president.

A multi-award-winning American Journalist, Rascon’s records show that he is one of the very best to name when it comes to listing some of the biggest names in the American journalism field. He may not be among the richest seeing that he is estimated to have a net worth of $2 million, but his accomplishments in the over three decades he has dedicated most of his life to his profession are not something to be looked down on.