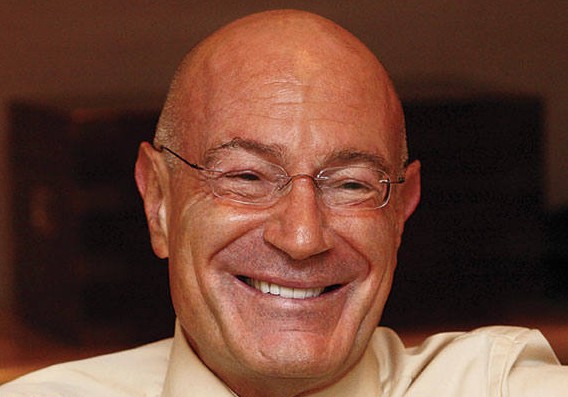 Arnon Milchan is an Israeli businessman and film producer who has been involved in more than 130 full-length motion pictures throughout his film producing career. He is the founder and owner of the film production company Regency Enterprises, which now has credits to several top films such as ‘Mr. & Mrs. Smith’, ‘Heat’, ‘Fight Club’, ‘12 Years a Slave’, and ‘JFK’. For his highly appreciated works as a filmmaker, Milchan has earned two Academy Award nominations for Best Picture, for the movies ‘The Revenant’ and ‘L.A. Confidential’. Details of Arnon Milchan net worth and biography, as well as other important aspects of his life have been included in this brilliant piece. Why not read on to discover everything you need to know about this billionaire Israeli-American?

He was born in Rehovot , British Mandate of Palestine (now Israel) on December 6, 1944 to a Jewish family. He has a sister called Dalia. His mother was a descendant of the European Jewish disciples of rabbi Vilna Gaon who settled in Palestine in the early 19th century, and he’s the 8th generation of his family in the country.

He attended London School of Economics and earned himself a degree before his company (Milchan Brothers Ltd.) was recruited to a secret Israeli intelligence organization known as Lekem, responsible for gathering technology and materials for Israel’s nuclear program as well as other highly secretive programs. Milchan served as an Israeli intelligence operative for decades from the mid-1960s to the mid-1980s. 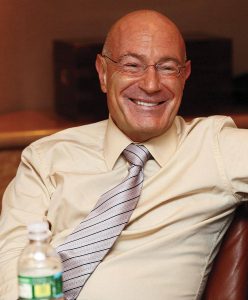 Starting from 1977, Arnon Milchan moved into the American movie business after an introduction to film producer Elliot Kastner. Most notable among Arnon’s film collaborations was his earliest work with Martin Scorsese. He built a close friendship with Robert De Niro, and also with directors Oliver Stone, Roman Polanski, Sergio Leone, and Terry Gilliam. In 1991, he started his own film production company called New Regency Productions. Through this company in partnership with Warner Brothers, and Rupert Murdoch at 20th Century Fox, as well as other business ventures, like Puma AG, Arnon Milchan acquired a huge wealth of about $5.1 billion as his net wealth as of 2015.

Milchan is the owner of the Women’s Tennis Association (WTA) broadcasting rights. He is owner of the network that transmits Israeli television programming to Canada and the United States. He is also a part owner of Israel’s television Channel 10, and a former owner of the international sportswear line Puma.

For his highly appreciated works as a filmmaker, Milchan has earned two Academy Award nominations for Best Picture, for the movies ‘The Revenant’ and ‘L.A. Confidential’. He was a producer of two Oscar-winners for Best Motion Picture, ‘Birdman’ in 2015 and ‘12 Years a Slave’ in 2014, but he was not listed in the nominees list as a producer.

Milchan is a married man and proud father of four children. He was first married to the French model Brigitte Genmaire, but their marriage later ended in a divorce. The couple’s three children are Elinor, Alexandra, and Yariv. He is currently married to Amanda Coetzer, a South African retired professional tennis player.  He resides in Tel Aviv, Israel.

This filmmaker has produced over a hundred movies as the founder and owner of the film production company, New regency productions. After he Executive Produced his first film ‘The Medusa Touch’ in 1978, he found a balance in the industry and went on his way to produce numerous projects over the next forty years that generated billions of dollars in revenue.

Over the years his production companies have been:

Arnon Milchan net worth is $4.1 billion. He is also an art collector, renowned to have acquired arts that worth millions of dollars. In April 2015, he was ranked 3rd on CNBC’s “Hollywood’s top 10 art collectors” list with a collection of art valued at $600 million, equal with George Lucas who ranked second, but some way behind David Geffen at first place with a collection valued at $2.3 billion.