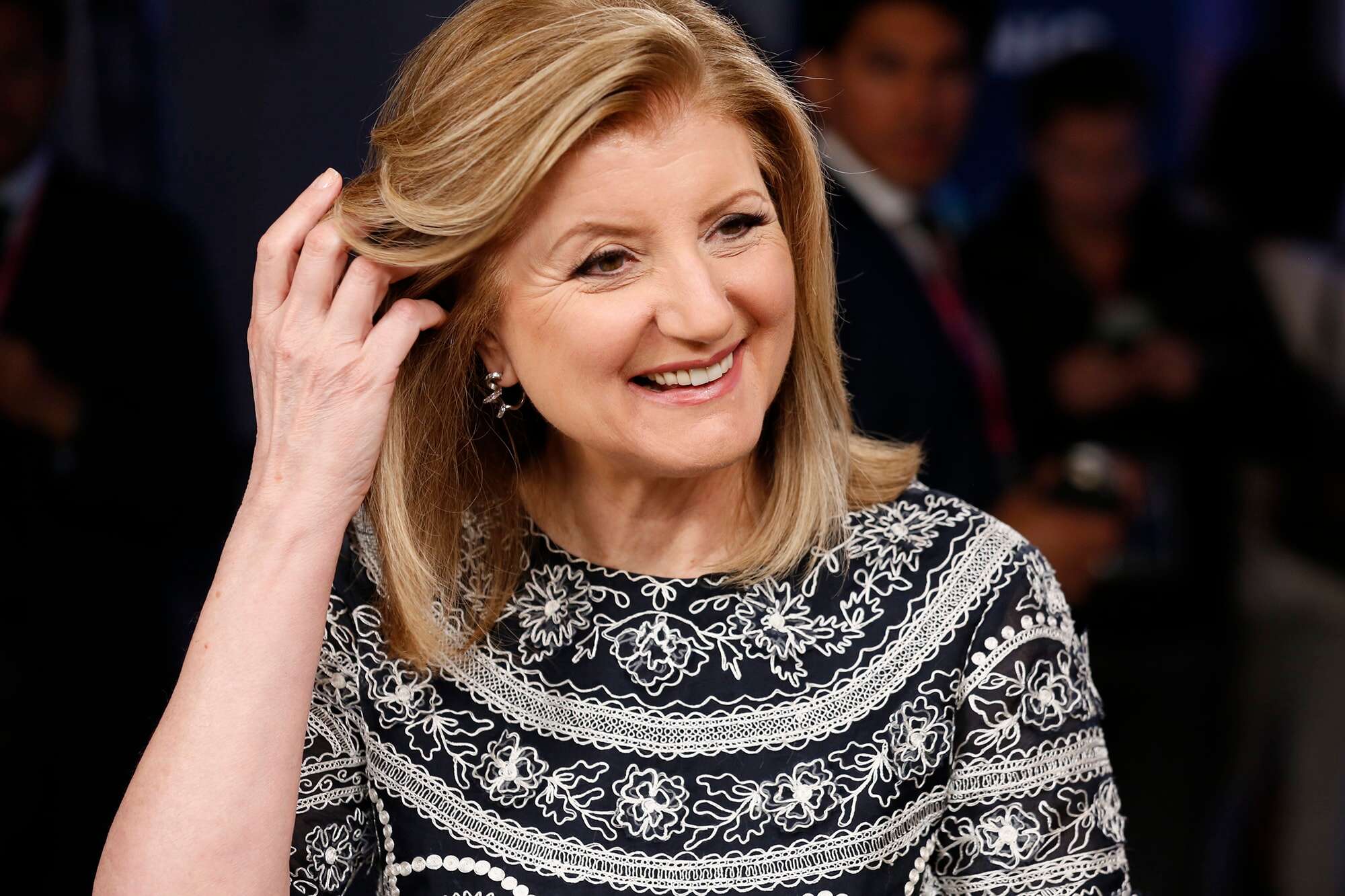 In this article, we will learn more about Arianna Huffington biography, Net worth, her success story, entrepreneurship success, family and many more.

Who is Arianna Huffington?

Ariana Huffington is one of the most phenomenal millionaires on earth. She is the co-founder of the Huffington Post, founder, and CEO of Thrive Global. She is also an American author and has written over fifteen books. Ariana has been featured as one of the most influential women in the world and sits among the most powerful women’s list.

Arianna Huffington Net Worth is estimated at $50 million 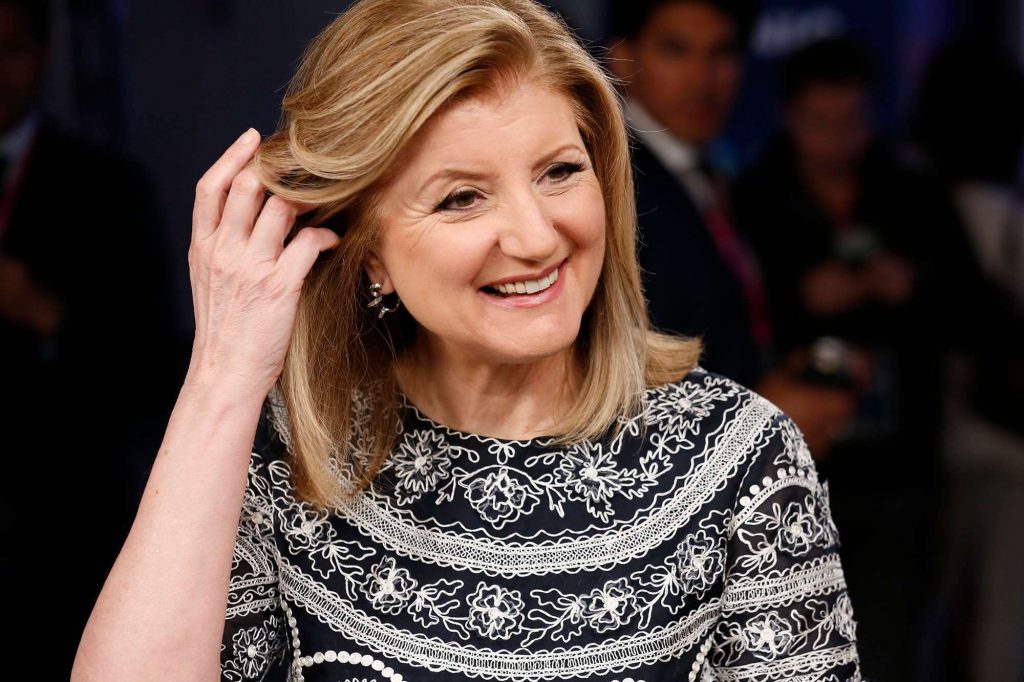 Arianna Huffington is Greek by birth. Born Ariadni-Anna Stasinopoulous, she is now known as Arianna Stassinopoulos Huffington. Her place of birth is Athens, Greece, however, she moved to England at the age of 16. Then she attended Girton College, Cambridge University.

Besides studying in England, Arianna Huffington has also studied Comparative Religion at Visva-Bharati University in India. In 2016, she received an honorary degree from Colby College in Waterville, Maine.

Arianna Huffington has served on different boards including Global Citizen, Onex, and Uber. Her last two books, The Sleep Revolution; Transforming Your Life, One Night at a Time, Thrive The Third Metric to Redefining Success and Creating a Life of Well-Being, Wisdom, and Wonder became instant bestsellers within months of release.

Arianna Huffington is also a mother and former wife of the Republican Congressman, Michael Huffington. She became quite popular in the mid-1990s as a conservative commentator but moved on to the liberal wing in the late 1990s.

In 1980, she was the co-host of BBC’s late-night talk and entertainment show, Saturday Night at the Mill. She appeared in just 5 editions before she was dropped from the program.

In 1973, she wrote a book titled “The Female Woman” which widely seen as more political than any other thing as she criticized the total liberation of women. After this, she wrote two other books including the biography of Maria Callas and the biography of Pablo Picasso.

Before long Arianna rose to prominence in the US during an unsuccessful Senate bid in 1994 by her then-husband, Michael Huffington, a Republican. Nevertheless, she later teamed up with the Liberal Comedian, AL Franken as the conservative half of Strange Bedfellows during Comedy’s central coverage of the 1996 U.S Presidential election.

In 1998, she aligned with the Republican party while she was also doing a weekly radio show in Los Angeles called the Left, Right and Center. This was because she as the self-described “right-winger”, had teamed up with the veteran leftist journalist “Robert Scheer” and the self-described centrist policy wonk “Matt Miller”.

In 2003, she ran as an Independent candidate for Governor in the California recall election and lost.  By 2009, she had become the number 12 most influential women in media (Forbes). She, however, also became No.42 on The Guardian’s Top 100. As of 2014, she was heralded as the 52 Most Powerful Women in the World by Forbes.

Arianna Huffington Net Worth in 2020 is estimated at $50 million

Arianna publicly opposed the NATO intervention in Serbia during the Yugoslav Wars. Then in 2000, she appeared at the Republican National Convention in Philadelphia and the Democratic National Convention in Los Angeles at Patriotic Half. She later founded the Detriot Project, a public interest group lobbying automakers to start producing cars that ran on alternative fuels. Nevertheless, the ads run by this group was so controversial and seemed to be supporting terrorism that many stations refused running them.

In 2004, she appeared in the Jon Stewart show (The Daily Show) where she endorsed John Kerry. Nevertheless, she also became the panel speaker at the 2005 California Democratic Party State Convention, held in Los Angeles. Arianna has also given talks at the 2004 College of Democrat of America Conventions. She was also a regular panelist at the nationally syndicated weekend radio shows. Both Sides Now with Huffington & Matalin, hosted by Mark Green.

Arianna Huffington has equally severed as a One Young World Counsellor during summits in 2013 in South Africa and 2014 in Dublin.

Nevertheless, Arianna stepped down from her position in 2016 to put all her focus and time on her new startup, Thrive Global.

Arianna Huffington’s first love was Bernard Levin. When she began writing her books in the 1970s, he served as her editor. The duo also traveled to music festivals around the world for the BBC. Nevertheless, at the age of 30, Arianna decided to quit the relationship. Though she loved him deeply, she wished to have children to which Levin had never wanted to marry or have them.

Therefore, Arianna broke up the relationship and moved to New York. Thereafter, she met her husband Michael Huffington in 1985 and they married a year later. However, they divorced in 1986.

They have two daughters, Isabella Huffington, Christina Huffington. In the following year, Michael Huffington disclosed that he was bisexual and that he had told his ex-wife about it when they met in 1985. Arianna also has a sister called Agapi Stassinopoulos, who is a writer and author of Unbinding the Heart (2012).

Read more: Everything you need to know about Mark Cuban

Arianna Huffington net worth has increased over the last few years. In 2011 AOL acquired Huffington Post for $315 million. Arianna reportedly owned 30% of Huffington Post and this brought in about $94 million in pre-tax revenue.

After stepping away from her website, Huffington Post, she founded the health and wellness startup, Thrive Global. Since it’s the launch date, her platform has received over $48 million in funding. Arianna Huffington is also a board member of Uber. Her entry into the company moved it from its corporate culture into a healthier direction by upholding a better life-work balance.

Arianna Huffington net worth also comes from her worth as an author.

Additionally, she has produced a docuseries, known as the Valley of the Boom where the wrote about the tech boom of the 1990s.

Arianna Huffington Net Worth is estimated at $50 million

What is Arianna Huffington famous for?

Although Arianna was once famously known for her website, Huffington Post, she has gained more popularity over the years for her startup, Thrive Global. Her former company, The Huffington Post is now owned by Verizon Media.

Arianna Huffington has written well over 15 books and has been on hundreds of documentaries. Here are some of her books you can check out on Amazon.

What you can learn from Arianna Huffington?

Arianna Huffington may have come from wealth, but there are lots of life lessons to amass from her success story. Arianna Huffington has realized that we must find some sort of organization in our lives. She is a firm supporter of stepping away from the screen.

In one of her surveys, she recognized that over 70 percent of adults cannot pursue their passions without a smart device. In her research, she observed that too much screen time may impact adversely on our health bringing about anxiety and depression. Her start-up, Thrive Global is dedicated to helping people recreate their lives and achieve work-life balance tremendously.

What do you think about Arianna Huffington net worth, biography and success story?