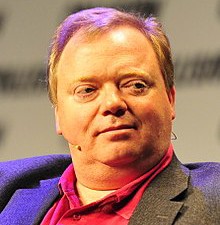 Anthony Wood is an American billionaire businessman. He is the founder, Chief Executive Officer (CEO), and chairman of Roku, a tech company which allows users stream content on their televisions. He launched Roku Inc. in 2002 after selling his former business, ReplayTV, to SONICblue. Roku now has over 27 million customers worldwide who streamed around 24 billion hours of content in 2018. Starting from a young age, Wood was always making things, writing software in high school and building tree houses in elementary school. Anthony Wood net worth is $6.5 billion, and his fortune continues to expand with the growth and spread of his now highly successful business enterprise.

Anthony Wood was born in England either in 1966. He was raised in Manchester, England, and then in Texas and Georgia in the United States. He graduated from Texas A&M University from where he earned his bachelor’s degree in electrical engineering.

Starting from September 1997, Anthony Wood was the CEO and president of ReplayTV, which he eventually sold to SONICblue in 2002. In October 2002 he founded Roku and has been the CEO since then. He has been the chairman of the company since 2008, and as of 2017, he owned 27.3% of Roku.

Roku is a tech company which allows users stream content on their televisions. Streaming is now a commodity, with streaming apps integrated into almost everything that can get online, from tablets to PlayStation consoles to smart TVs. Wood, 54, is now bets that Roku will be capable of moving beyond its hardware business into more profitable software business: measuring the effectiveness and reach of ads on streaming apps. The shift can be said to be paying off. In 2015, 84% of the company’s $320 million in revenue came from hardware; $50 million, or 16%, came from advertising and content. Presently advertising is the fastest-growing sector, and those numbers have nearly doubled. Roku doubled down with a $150 million acquisition of dataxu. It is a Boston-based tech outfit which allows clients to plan and buy video advert campaigns. Investors are loving it. The stocks of Roku has rocketed up over 340% since the start of 2019, pushing Anthony Wood net worth into billions of dollars. Recently, Roku traded at a rich 17 times sales.

The initial product released in 1999 was marketed as ReplayTV, and cost around $1,000. It was a big mistake, as rival TiVo reportedly sold its boxes for less than $500 and gobbled up market share. Low on cash, Wood decided to sell ReplayTV to SONICblue in 2001. The Santa Clara-based consumer electronics firm bought ReplayTV from Wood for a reported $42 million and he stayed to help run it. To differentiate it from TiVo, he released a version of ReplayTV that had an ad-skipping feature. This was a bigger mistake. The company was sued by almost everyone from Disney to Paramount to MGM. SonicBlue went bankrupt.

Undaunted, Anthony Wood founded Roku in 2002, and sold its first set-top boxes in 2008. This time Wood made sure to keep prices low – the first went for $99.99. Today its cheapest device goes for less than a third of that. As of 2018, Roku had nabbed a market share of 41% of streaming media devices – more than Apple TV, Amazon Fire TV, and Google Chromecast. The business is still growing but prices drop while competition is heating up.

To stay relevant and in business, Roku began partnering with several TV makers starting from 2014, including Japan’s Sanyo Electric and Hitachi and China’s Hisense and TCL, to build its operating systems into television sets. According to Roku, its software is installed in one in three smart TVs sold in the United States during the first 9 months of 2019. But other makers of television are jumping in: Samsung, the leading manufacturer of television in the world has planned that all of its latest smart TVs will come with the Apple TV app built in.

Anthony Wood and his wife Susan met at Texas A&M University, where he studied electrical engineering while she studied environmental design. They live in Palo Alto, California, with their three children.

Wood is an English American entrepreneur and businessman. He has generated his fortune from being the founder, Chief Executive Officer (CEO), and chairman of Roku, a tech company which allows users stream content on their televisions. He started his career as the CEO and president of ReplayTV from 1997 to 2001, before selling off his company to consumer electronics firm SONICblue. A year afterwards, he established a new company  Roku and assumed the position of CEO and chairman. The company which manufactures digital media players has more than a thousand employees and has its headquarters in Los Gatos, California. As of 2017 the company, Roku, had a revenue of $512.75 million and $1.1 billion in 2019.

Anthony Wood net worth is estimated at $6.5 billion puts him on the map as one of the richest people in the world. 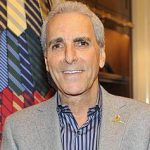 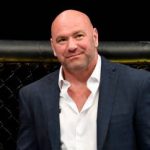