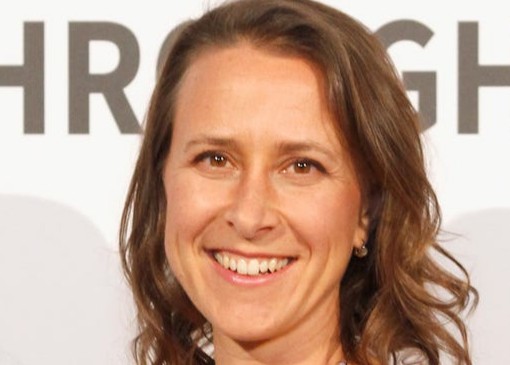 Most people may know the popular personal genomics company “23andMe”, but there’s a possibility that the name Anne Wojcicki is alien to them. This woman is the American entrepreneur who co-founded the biotechnology company that is now based in California, United States. Anne Wojcicki has been able to acquire wealth in her line of business as a hardworking woman who currently serves as the Chief Executive Officer of the 23andMe company which she founded along with Linda Avey. This publication will draw more attention to the beautiful and intelligent Anne Wojcicki, and we hope her biography and career story serves as an inspiration to many youth and upcoming businesspersons across the globe.

Anne E. Wojcicki was born in Palo Alto, California, United States on July 28, 1973 to Stanley and Esther Wojcicki. Her father is a polish-born professor emeritus who was employed at Stanford University, while her is an educator of Russian-Jewish descent. She is the youngest of the three children of the family. Her two sisters are Janet Wojcicki, an anthropologist at the University of California in San Francisco, and Susan Wojcicki, Chief Executive Officer of popular video sharing and streaming platform YouTube and a former executive at Google Inc.

She was raised on the Stanford campus. When she was around two years of age, she learned how to figure skate, and learned how to play ice hockey while growing up. She was a student of Gunn High School in Palo Alto, California where she was an editor for the school newspaper, “The Oracle”, and earned a scholarship for her sports stories.

When the time was set for her, Anne moved to further her studies at Yale University, where she was an active ice skater and played on the school’s women’s ice hockey team. She graduated in 1996 with a B.S. in biology. She attended the National Institutes of Health and University of California, San Diego where she did molecular biology research. 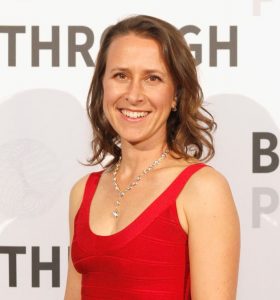 As soon as she completed her education, Anne Wojcicki found a position at an investment fund called passport Capital, and served there as a health consultant. She worked in Investor AB as well. After spending four years of her life working as a healthcare analyst, she left her job in 2000 and set her aims on research.

In 2006, she partnered with Linda Avey and they formed the popular personal genomics company “23andMe”. The idea of opening the company came to her when she was an employee of Wall Street’s investment firm. The company, 23andMe is a biotechnology and genomics company that is based in California’s Mountain View. It got its name from the chromosomes of 23 pairs in the human cell. Anne was named the company’s Chief Executive Officer, and went on her way to promote the goals of the company by carrying out several researches. After she performed a genome test with saliva, her work became popular and many other people started to carry out more research on it. An Ancestry Service of $99 was soon launched, and the CEO started to expand her clients across the globe by focusing on ethnic groups.

Her genome test kit was a massive invention, as it was hailed by several agencies around the world, including Time Magazine that named it as the Invention of the Year 2008. Anne’s works so far using her biotechnology company has earned her a reasonable deal of attention, as well as wealth. She is one of the founders of the ‘Breakthrough Awards,’ which was created to felicitate eminent scientists who make useful progress in fields of science and technology.

The award for the “Most Daring Chief Executive Officer” was presented to Anne Wojcicki in 2013 by the business magazine Fast Company. In 2016, she earned a nomination for a Crunches Award under the “Founder of the Year” category.

For Anne, one of the biggest achievements in her life is her founding of the 23andMe company and all the works she has done in the field of science. The testing kit she invented was hailed by Time Magazine as the “Invention of the Year” in the year 2008. As a matter of fact, her continuous workforce in the biotech industry will ensure she bags more awards and recognition in time to come, as she doesn’t appear to be backing down from carry out further researches that are all aimed towards the betterment of human lives.

Anne Wojcicki married Sergey Brin in May 2007. After the birth of the two children, the duo stopped living together in 2013, and completed a divorce in 2015.

Although divorced, Brin and Wojcicki still jointly run a charity organization called “The Brin Wojcicki Foundation”. They have donated massively to The Michael J. Fox Foundation and also donated $1 million to support the Hebrew Immigrant Aid Society in 2009.

Anne Wojcicki is considered as one of the most popular and wealthiest entrepreneurs in the world. She is regarded and respected for being a woman of beauty and brains. She works hard every day carryout research with the intention of making human lives better. Since founding her company 23andMe, she has proven her importance to the world and one of her inventions is one of the most important in the world currently as it serves a great deal of purposes.

Anne Wojcicki net worth is about $750 million today. She made this fortune by founding the biotech company 23andMe of which she currently serves as the Chief Executive Officer. The company carries out business transactions with the United States, Canada, and United Kingdom, and Anne has been able to thrive by expanding her clients across the globe by focusing on ethnic groups. In 2017, the company raised approximately $250 million by collaborating with new investors. To add to her sources of income, this goal-driven CEO also invests in the real estate sector, and manages a kid-friendly café called Bumble.