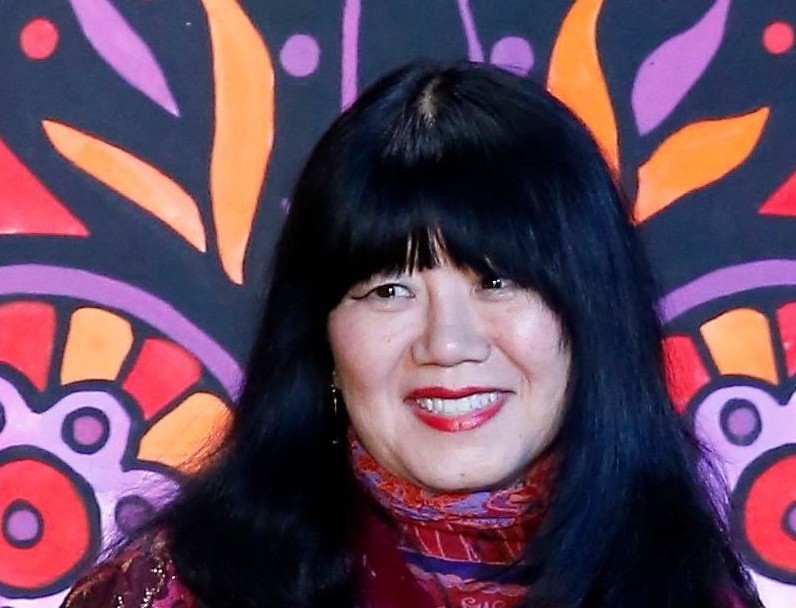 Anna Sui is a Chinese-American fashion designer. She is a native of Detroit. Her prominence in the world of fashion earned her many awards as well as recognition as she was hailed as one of the “Top Five Fashion Icons of the Decade” and joined the ranks of Diane von Furstenberg, Ralph Lauren, Yves Saint Laurent, and Giorgio Armani to receive the Geoffrey Beene Lifetime Achievement Award in 2009. Her brand categories include home goods, several fashion lines, accessories, a gifts line, footwear, cosmetics, jewelry, fragrances, and eyewear. Here’s Anna Sui’s biography and details of her successful career which has now led her to amass the huge fortune in her possession.

By the time Sui was 4 years old she knew she had passion for fashion and would like to be a fashion designer. Her mother took her to shop for fabrics and taught her how to put a wardrobe together. She would spend time watching her mother sew and would collect cloth scraps to clothe her brothers’ army figures and her own Barbie dolls. Through this process, a young Sui learned the basics of clothe making and soon started putting her own outfits together.  When her time came, she enrolled into Parsons New School for Design, and graduated from this institution.

Upon completing her second year at Parsons Design School, Sui got hired by Charlie’s Girls, a clothing label of Erica Elias. While here, she learned by doing styling on the photo shoots of friend Steven Meisel and designing for sportswear labels. After Charlie’s Girls was closed down, Sui worked for a number of other sportswear designers including Simultanee and Bobbie Brooks. She started designing and making outfits out of her apartment. She later found work at the sportswear company Glenora. While working here, she brought the collection she had made to a New York trade show, and succeeded in getting the attention of two New York department stores Macy’s and Bloomingdale’s. Weeks later, her five piece collection was featured in an advert in The New York Times. When the manager of Glenora saw the advert in The New York Times, he got furious because Sui was still on the company’s payroll, so he fired her instantly.

Without a job, Anna Sui started a small business in her apartment using the $300 savings she had. She managed her business out of her apartment for several years and never thought about giving up. In her spare time, she engaged in doing odd-jobs for extra income and reinvesting everything she earned into her business.

Around 1987, her chance came and she moved her line into Annette Breindel’s Annette B showroom. Annette had a history of nurturing young designers and was a major influence for Anna Sui. She accommodated the designer and helped her emerge onto the fashion scene.  By the late 1980s, Sui had become a little popular and had even grabbed the attention of Japanese fashion powerhouses including Onward Kashiyama. In the mid 1990s, she went on to majorly expand Japanese operations.

In 1991, Paul Cavaco, Meisel, and Sui’s supermodel friends, Linda Evangelista, Naomi Campbell, and Christy Turlington got together and urged her to try a runway show. She took their advice and did exactly as they said, and the successful show became a breakthrough of her career.

She received one of her careers biggest breaks at the Paris Fashion Week in 1991, while driving to see Jean Paul Gaulter show along with her friend Steven Meisel, they stopped midway to pick up American singer Madonna who was a friend of Meisel’s. The singer surprised Sui by wearing her clothe to the event. The attention Sui received from the event was instantly terrific and far reaching. Madonna would later wear Sui’s outfit again for Steven Meisel’s photo shoot for Vogue.

Anna Sui opened her first retail shop at 113 Greene Street in Soho District in New York City in the year 1992. Later the same year, the designer won a CFDA Perry Ellis award, and this marked the beginning of her many victories.

The year 1997 marked one of the fundamental years in Anna Sui’s emergence onto the world stage. Her first freestanding boutiques opened in Tokyo and Osaka in 1997 through a sales and distribution license with Isetan. She also with Italian shoe producer Ballin to form a shoe line. In 1999, Sui launched her cosmetics line with Albion, and a fragrance, Anna Sui Classic with Wella AG.

In 2000, she launched a skincare line with Albion. The same year, Sui’s collections were featured in Motion exhibition as a part of the Fashion at London’s Victoria & Albert Museum. In 2003, the designer commenced the distribution of her Dolly Girl fragrance alongside several sets in the Dolly Girl series. In the same year, she launched a long-term partnership collection, Ali Rapp for Anna Sui, with Peruvian designer Ali Rapp. Their partnership consists of cloth dolls, handbags, ready to wear, fashion accessories, and T-shirts.

In April 2004, Sui formed a partnership with William Tucci and Dark Horse Comics to design the wardrobe for some of the characters in a miniseries Tucci’s Shi: Ju-Nen, from the hit comic Shi.

In 2005, she was contracted by Samsung Electronics in corporation with Vogue to design a Samsung cell phone. The limited edition handset was available through T-Mobile and sold out in the first month of its launch. She also entered into a two-year agreement with Victoria’s Secret to design lingerie for the company.

In 2010, Sui worked with Andrew Bolton to issue a book recounting her 20-year career.

From May to November 2013, her 1999 and 2000 clothing collections were featured as a part of RetroSpective: Fashion and Textile History Gallery exhibition at the Fashion Institute of Technology’s Museum.

In April 2015, Anna Sui returned to Detroit to partner with Ford Motors in creating the Mustang Unleashed Collection in the Ford Mustang’s 50 year anniversary celebration. In July, she collaborated with Alvin Korea Co. Limited to launch a lingerie line in Korea.

Listed by Time Magazine as one of The Top Five Fashion Icons of the Decade, Anna Sui’s lines include Anna Sui, The Souvenir Shop Anna Sui, Dolly Girl by Anna Sui, Anna Sui Vision, and Anna Sui Mini. Today, her free-standing stores can be found in more than 50 countries and her brand categories include home goods, several fashion lines, accessories, a gifts line, footwear, cosmetics, jewelry, fragrances, and eyewear.

Anna Sui net worth is $600 million as at the time of this writing. She is considered one of the top fashion designers in America, and one of the best in the whole world.

Between home goods, fashion, cosmetics, fragrances, jewelry and more, this hardworking entrepreneur oversees a business empire that started out small but has now become extremely successful. Her story is an inspiration to many young entrepreneurs and struggling fashion designers, that through focus, dedication and doing the right thing, everyone can find success.