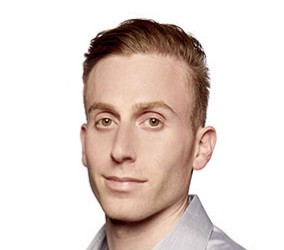 Andrew Modlin is an American entrepreneur who is best known for being the co-founder of the leading cannabis management and investment company MedMen. He currently serves as the chief operating officer of the Los Angeles-based firm which runs operations and exposure across the entire North America. Modlin is regarded as a pioneer in cannabis operations. He is credited with several significant innovations; from plant to store. He has been pivotal in the operations of more than a hundred cannabis businesses, working thoroughly on cultivation and production methods to improve harvest, quality and safety. Mr. Modlin plays a vital role at the firm, and as a visual artist by training, his vision informs the company’s retail concept, which is nothing like any other in the industry. Here’s Andrew Modlin’s net worth, salary and financial data. Also find his complete biography and other details of his interesting and prospering profession.

Born in March 1987 in Los Angeles, California, United States, Andrew Modlin was born into a middle-class family. He attended Harvard Westlake High School for his secondary education before attending the University of California Los Angeles School of Art and Architecture.

In 2010, Andrew founded the cannabis management and investment company MedMen along with Adam Bierman. The company provides special services for approved cannabis operators and raises funds in strategic markets. The company has helped over 100 businesses enter the officially authorized marijuana market.

MedMen Enterprises, or simply MedMen , is a publicly-traded, cannabis company based in the United States. It operates in Florida, Illinois, New York, California, Nevada, Arizona, and Massachusetts. MedMen owns and operates 30 retail stores and six cultivation facilities. It currently has the license to expand its path to 65 retail locations. The company’s stock trades on the Canadian Securities Exchange (CSE) under the ticker symbol MMEN. MedMen is headquartered in Culver City, California and currently has ovver 1,000 employees.

The company was -founded in 2010 by two dedicated young entrepreneurs Adam Bierman and Andrew Modlin. In April 2018, the firm opened MedMen Mustang, a massive greenhouse and manufacturing facility in Nevada with expectations of producing about 10,000 pounds of high-quality cannabis yearly. In May the same year, MedMen started the construction of a second massive cannabis plant in Desert Hot Springs, California which was opened in 2019.

In 2018, MedMen acquired a nursery and retail license to construct 25 stores in Florida. It also acquired dispensaries in Arizona, Illinois and Northern California in the same year. It also initiated the acquisition of PharmaCann for $682 million, setting a record as the largest cannabis company buyout in the United States. The deal increased the number of retail licenses owned by the company to 66 across 12 states, and also increased MedMen’s total production or cultivation facility licenses to 13.

Andrew Modlin became President of MedMen in 2010. Adam Bierman resigned as chief executive officer on 1 February 2020 and surrendered all his Class A super voting shares. As of 2019, MedMen operated about 32 dispensaries serving both recreational and medical customers in Illinois, Nevada, New York, Arizona, California, and Florida.

MedMen co-founders Modlin and Bierman appeared in Time magazine in April 2015. They are hailed as pioneers in the cannabis industry after they founded the leading cannabis management and investment company, and collectively worked to establish the brand as one of the largest in North America.

Andrew Modlin and his business partner Adam Bierman have come under scrutiny for spending lavishly on superfluous expenses while the finances of their company were allegedly not fully secure. For example there was a time they were allegedly spending more than $4 million per year on private security for themselves, much more than Apple spends on Tim Cook or Facebook spends on Mark Zuckerberg. In 2019 the two businessmen were sued by some investors. The lawsuit claimed the two men engaged in “self-dealing”. Around this time a former staff of MedMen claimed that Adam Bierman, with the help of Modlin, falsified his personal brokerage report to apply for a house mortgage. The former staff also claimed that Andre bought furniture for his personal home with the company’s funds. In December 2019 the company laid off 40% of its workforce. In January the following year Adam Bierman resigned as chief executive officer and relinquished his voting rights in MedMen. Andrew Modlin also agreed to relinquish his voting rights but has remained as Chief Brand Officer. By May 2020, MedMen’s stock price had decreased 95% from its all-time high in late 2018

Andrew Modlin net worth is $50 million. An artist and businessman by profession, he is well recognized for his remarkable role in the authorized marijuana industry courtesy of MedMen, the company he co-founded along with his friend and business partner Adam Bierman.

He purchased a $3.9 million mansion in Hollywood in 2019 and sold it the following year to popular YouTube star Emma Chamberlain, making a profit of roughly $5,000. His main residence is a home in the Hollywood Hills which he bought for $11 million in July 2019.