Andrew Carnegie is the name of a man who may well fit into any “from rags to riches story”. A well-known Scottish-American, Andrew rose from a life of absolute poverty to become an industrialist and even ended up as the second-richest man in world history. He built his fortunes primarily through the steel industry which flourished during his time. He was a visionary who could foresee and take advantage of the business opportunities in time thereby becoming a top-gun of the American steel industry. He established his company, the Carnegie Steel Co. which was the biggest and most successful industrial enterprise on the planet in the 1890s. Later, he sold it to the American business tycoon J.P. Morgan who established U.S. Steel. He later turned towards charity and did significant work in fields like education and culture. He founded a number of philanthropic and educational organizations like the Carnegie Museums of Pittsburgh, Carnegie Mellon University, Carnegie Institution of Washington, Carnegie Endowment for International Peace, and Carnegie Corporation of New York. His benevolence can be seen in the numerous donations he made for the advancement of education and uplifting the underprivileged in the society. More information can be obtained below.

Andrew was born in Dunfermline, Scotland on November 25, 1835, to Scottish parents, William and Margaret Morrison Carnegie. His father worked as a craftsman and moved with his family to Pennsylvania in 1848 when he was rendered jobless and faced ruthless poverty. He started to work in cotton plants but only for a short time before staying home to make his linens.

When Andrew’s father died in 1855, it became clear to him that he needed an education. Upon this realization, he quit his job at the cotton plants and shifted his attention to reading, theater, and music. He was able to cater for the family through the little incomes he made from various odd jobs. Starting in 1850 as a messenger for a telegraph administrative center in Pittsburg, he moved on to work as secretary to Thomas A. Scott (Pennsylvania Railroad superintendent) in 1853. He also provided his services to the military during the Civil War and eventually took the job of Pennsylvania Railroad superintendent at the age of eighteen. His contribution was seen in setting railway lines in Washington D.C. 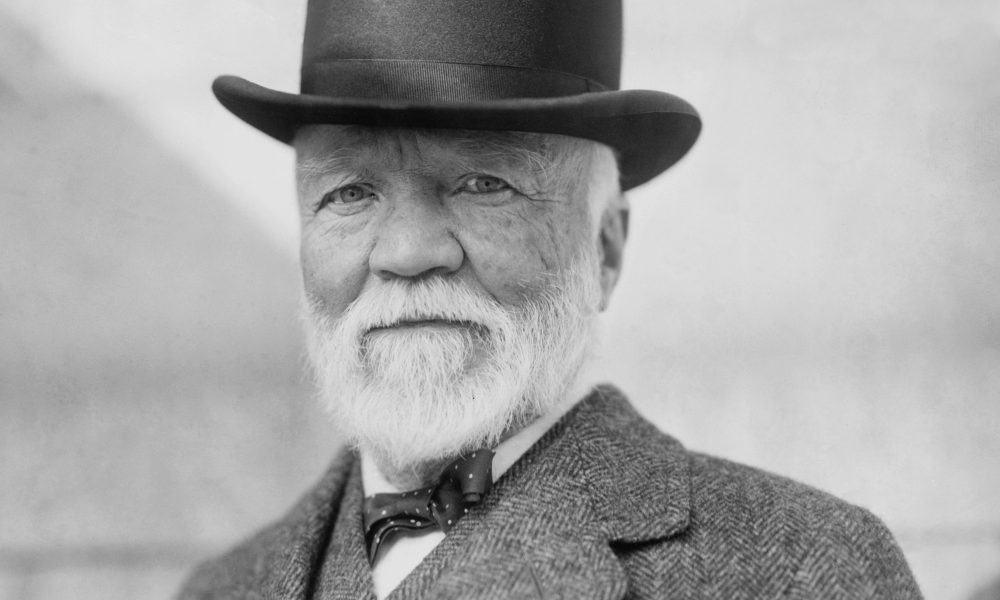 Andrew’s association with Thomas Scott proved to be beneficial. The railroad business being the top-rated in America in those days, helped him in honing his managerial skills.

In 1855 Andrew made his first investment of $500 in Adams Express with Thomas Scott’s support; following which he learned how to invest and disinvest leading to a huge start-up principal for his business ventures. Till 1870, he speculated in small iron workshops through investments. His trips to England were mainly to sell bonds of bridge and railroad companies. He played a weighty role in merging George M Pullman’s (sleeping car inventor) company and Woodruff’s company.

Andrew had the foresight to see that iron would be substituted by steel hence he moved to set up a steel rail company in 1873. Taking advantage of a chance to raise money for his future steel projects, he made substantial investments (around $40,000) in Story Farm located on Oil Creek in Venango County, Pennsylvania. The profits from this investment was around $1,000,000 and returns coming from the sale of petroleum. He maintained his superiority in the business by offering competitive prices and fighting competition while never floating shares but instead reinvested earnings and took loans from banks. His company was valued at $1.25 million in 1878.

Even after resigning from his job at the Pennsylvania Railroad Company, Andrew maintained a close association with the Company’s management, and this relationship helped secure several contracts for rails from his company.

H.C. Frick, owner of vast coal lands in Connellsville, Pennsylvania, in the 1980s, partnered with Andrew and took over as the Carnegie Company’s chairman.

Frick and Andrew worked closely as a single head to take their company to higher levels. Frick handled the cost-cutting part by considering mass production in order to provide competitive prices while Andrew worked on research and development.

In 1886, Andrew also acquired some iron ore fields near Lake Superior at a very economical price. His focus on mass production and low cost helped him take his business to the peak. His decision to take over the competing company, Homestead Steel Works in the year 1888, brought tactical advantages to his business. It added the setup along with feeder coal and iron fields, as well as lake steamships to his gains.

Till 1889, he owned a few companies such as the Scotia ore mines, the Frick Coke Company, the Hartman Steel Works, the Keystone Bridge Works, the Lucy Furnaces, J. Edgar Thomson Steel Works, the Union Iron Mills, and Pittsburgh Bessemer Steel Works. He founded the Carnegie Steel Company in 1892 by utilizing the numerous assets he had accumulated throughout the years. This particular company went on to become the largest producer of coke, pig iron, and steel rails in the world. Close to his retirement in 1901, he sold the Carnegie Steel Company to Charles M. Schwab and J. P. Morgan for nearly $500 million wherein Andrew’s share was $225 million. The Carnegie Steel Company was subsequently merged with other steel manufacturers to form one strong body to ensure mass production, reduced costs, improved prices, lesser competition, and worker satisfaction. It was finally incorporated as the United States Steel Corporation on March 2, 1901.

Andrew Carnegie was an influential writer as well. His well-known work, “Triumphant Democracy” was published in 1886 and was well accepted in the United States. It was the opposite in the United Kingdom where it was a subject of criticism as it stressed on the quality of American life.

He considered education to be the driving force behind the political and industrial growth of the United States of America. He wrote the piece of writing, “Wealth” in 1889 through which he highlighted the social responsibility of the wealthy towards the underprivileged in the society.

After his retirement, Andrew involved himself in works of charity mainly through trust funds including Carnegie United Kingdom Trust (1913) and Carnegie Trust for the Universities of Scotland (1901). He has more than 3,000 libraries set up around the world to his credit. Pittsburgh’s Carnegie Institute of Technology (CIT) was set up in 1901 after the businessman donated $2 million for it. The Carnegie Institute of Pittsburg which was set up in 1895 comprised of an art gallery, museum, and music hall.

His support in establishing technical schools had been massive which evolved to turn into the Carnegie Mellon University. He always promoted development and research, leading to the instituting of the Carnegie Institution of Washington, a research center in the field of science.

The Carnegie Corporation was formed with an aid of $125 million to guarantee the maintenance of his interests.

His donations to charity are summed up to around $350 million.

Andrew Carnegie was closest to his mother, who unfortunately passed away in 1886. It was only after her death that he decided to find himself a wife.

At the age of 51, the steel magnate got married to Louise Whitfield and had only one child. 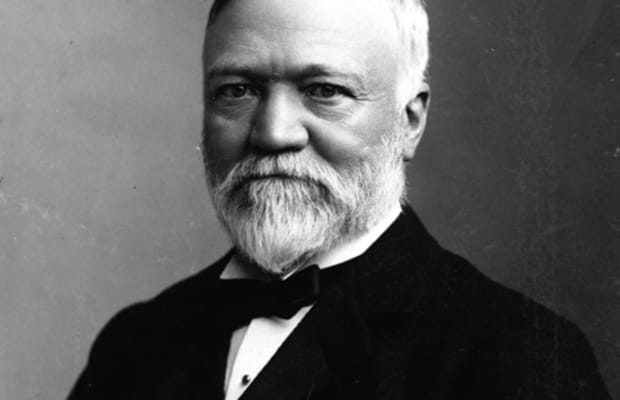 He traveled and wrote for leisure. Every year, he and his family spent around six months in order to monitor the business activities closely.

On August 11, 1919, Andrew died of bronchial pneumonia at his home in Lenox, Massachusetts, U.S.

During his lifetime, the Scottish-American industrialist, Andrew Carnegie had a peak, inflation-adjusted, net worth of $310 billion which is enough to make him the fourth-richest person in the history of mankind. He made his wealth by involving deeply in the American steel industry towards the end of the 19th century.

Andrew Carnegie went from poverty to prosperity, becoming an inspiration that one can win even against all odds. He is considered one of the most generous humanitarians in human history, having donated more than 90 percent of his fortune to various organizations, foundations, and charities before his death at the age of 84.