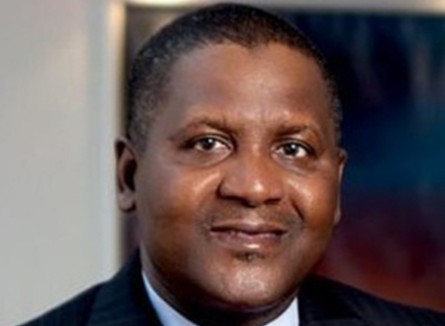 Aliko Dangote is a Nigerian business tycoon who is currently ranked as the wealthiest person in Africa. He has earned his massive fortune by founding The Dangote Group which controls many commodities in Nigeria and Africa at large. Here’s everything you need to know about Alhaji Aliko Dangote’s biography, businesses, family, and how he makes his riches.

Growing up, Dangote showed signs of his inborn industrial spirit when he started his first known business buying candy to resell to his elementary schoolmates for a bulky profit. He was enrolled into Sheikh Ali Kumasi Madrasa, after which he moved to Capital High School, Kano. He also attended and graduated from the Government College in Birnin Kudu, after which he moved to Egypt for a degree in business at the Al-Azhar University.

Upon graduating from the Al-Azhar University, a 21-year-old Aliko returned to his motherland Nigeria and secured a very lucrative government contract to produce cement plus a $5000 loan to establish a small business. Having spent some time in Brazil and observing the country’s rise to an industrialized superpower, he was motivated to do business and turn things around in Nigeria.

In 1977, 20 years old at that time, Dangote founded the Dangote Group which has grown immensely over the last 35 years. It has become the biggest industrial corporation in the whole of West Africa and employs over 12,000 people. In 2013, the company earned nearly $21 billion in revenue. Initially, The Dangote Group started as a small buying and selling firm headquartered in Lagos, Nigeria, but today, it has operations in almost every country in Africa, including in countries like Ghana, Zambia, Benin, and Togo. It specializes in food processing, sugar refinement, cement manufacturing, freight, etc. The group now consists of many companies and subsidiaries, including Dangote Flour, Dangote Cement, and Dangote Sugar Refinery, among others. They are the leading name in the Nigerian sugar market, and supply most of the country’s confectioners, soft drink companies, and breweries. The Dangote Group makes up approximately 70% of the market in Nigeria.

Across Africa, the Dangote Group controls the biggest sugar refinery, and the third biggest in the world. They produce approximately 800,000 tons of sugar every year. In addition to sugar, the company also own flour mills and salt factories. They are a major importer of pasta, cement, rice, fish, and fertilizer into Nigeria. They also export several products including cocoa, cotton, sesame seeds, and cashew nuts.

Other areas the Dangote Group has invested in include telecommunications, oil and gas, textiles, transport, banking and real estate. It has been estimated that 80% of the corporation’s revenue comes from Dangote Cement, which reportedly produces 44 million metric tons of cement per year.

Alhaji Aliko Dangote is said to have been married twice in his lifetime. He has also divorced twice, according to reports. He has three daughters and one adopted son. Mr. Dangote is a very quiet man who doesn’t talk much unless its concerned with his business. He has won many notable awards in his life as well, and has been honored by his country and foreign nations for his accomplishments and contributions.

Dangote has partnered with the Bill and Melinda Gates Foundation to combat polio, among other issues. He opened his own Aliko Dangote Foundation in 2014, which aims at issues of economic empowerment, health, and education.

This ambitious entrepreneur serves as a member of the board of Corporate Council on Africa. He serves on the Board of Directors of the Clinton Health Access Initiative, and is also a member of the committee of Global Education First Initiative.

Aliko Dangote net worth is approximately $8 billion as at the time of this writing. He has at times been the wealthiest man in Nigeria, and the wealthiest person in Africa. At the peak of his wealth, Dangote’s wealth topped by $16 billion in 2014. He has made his money from The Dangote Group, a multinational he founded and has controlled for more than three decades. He is considered one of the richest men in the world.