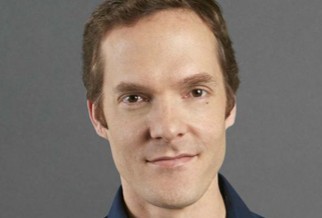 Adam Bowen is a millionaire American businessman and entrepreneur. He is the co-founder of the popular electric cigarette company Juul Labs. He is also the chief technology officer of the company, and has been significant part of the business since it launched its first product in 2015. Adam Bowen is a very popular name in the industry owing to his contribution to the electronic cigarette industry. Along with enjoying the fame and wealth he has gained over the years, he has also had his own share of criticism and controversies alongside his Juul Labs co-founder James Monsees. Here’s Adam Bowen’s success story, biography, and how he has made his wealth.

Bowen’s career began after he graduated from Stanford University where he met James Monsees in 2004. They became friends and turned partners, and founded the Juul Labs company in 2015, with its headquarters in San Francisco California, United States. The Juul electronic cigarette packages nicotine salts obtained from leaf tobacco into cartridges that can be used just once. After years of struggling behind the scenes, the company made it big and Juul became the most popular electronic cigarette in the United States. However, throughout the next couple of years that followed their breakthrough, the company has been subject to investigations by the United States Food and Drug Administration due to its high nicotine concentrations.

In December 2018, Adam Bowen and his business partner James Monsees were approached by a cigarette manufacturing company called Altria, in respect to sales of the company’s stakes. Eventually, Altria purchased a 35% stake in Juul Labs, and this made Adam and James richer than they were. As of 2018, the company had employed 1500 people and had revenue of $2 billion.

In December 2019 their company was valued at $38 billion. Six months later, ongoing controversies involving the company caused their value to drop by over half to $14 billion. After various funding rounds and the sales of a 35% stake to Altria, Adam Bowen and James Monsees now own less than 2% of the company a piece. Juul has been a subject of multiple criticisms. Parents and guardians have lashed out to Adam and his co-founder James, calling them bad examples to the younger generation.

When Juul Labs started, many rich people around the world invested in the company. Many young people also recognized the company and liked its electronic cigarettes, but due to investigations by the United States Food and Drug Administration as well as other controversies, it became public information that Juul packed a high amount of nicotine in its packages. This led to a rapid drop of sales and even more criticism. In October 2019, it was reported that the company planned to lay off around 500 workers by the end of the year. In October the same year, Juul Labs executives such as Senior Vice President of Advanced Technologies David Foster, Chief Marketing Officer Craig Brommers, Chief Administrative Officer Ashley Gould, and Chief Financial Officer Tim Danaher all left the company. Altria also announced that it was writing down about $4.5 billion of the investment it had made in the company by recording pre-tax charges in its 3rd quarter results on 31 October 2019.

Although the company’s valuation has plummeted due to widespread public concern about Juul and other controversies, Adam Bowen still keeps the company running to date, and has continued to wax stronger and do better.

Bowen is a happily married man and father of three children. He lives with his family in San Mateo, California, United States.

Several lawsuits have been levied against Adam’s company Juul Labs. It has been alleged that the company lure children with advertising and sweet flavorings like mango. The company has also faced thorough investigations by food and health agencies in America. However, despite all the charges against them, Juul Labs has never been found guilty of anything illegal.

This American businessman and entrepreneur has been able to accumulate an enormous wealth from his founding and management of the electronic cigarette company Juul Labs. He is also the chief technology officer of the company.  Following an acquisition of 35% stake in the company by Altria in December 2018, Adam’s fortune increased from $730 million to more than a billion dollars.

Adam Bowen net worth was over $1.1 billion as of 2019. In 2020, he dropped out of the billionaire club after widespread public concerns about Juul Lab caused the valuation of the company to plummet.

Adam Bowen net worth is approximately $900 million. He owns an estimated 1.75% of Juul Labs and has pocketed an additional estimated $500 million from the sales of their shares over time. Juul has captured more than 70% of the United States nicotine vape market and reportedly had revenue of over $1 billion in 2018.